With The American Music Awards set to air November 22, the performer list is growing. 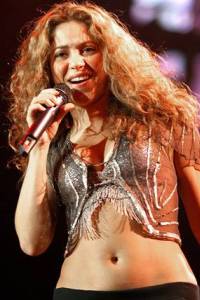 Word is we can expect 18 performers
during the life telecast and, in line with the diverse genres the AMA honors, music fans can expect to hear some diverse sounds.

Clearly, we’re going to hear their biggest hits, but the show producer Larry Klein promised, “What they do on this show you’ve never seen before and you’ll never see again. Everything is
personalized for the AMAs.”

“Some of them are going back,” he continued. “I don’t want to say old-school – but some incredible, wonderful, terrific productions that I haven’t seen in a long time.

As a side note, if you haven’t cast your vote for your faves in 20 categories, it’s not too late! Just go here to be heard and then tune into ABC November 22 to see if other fans agree.