Hoping for a get out of jail free card after 32 years on the run, Roman Polanski will finally face the music in court on December 10. 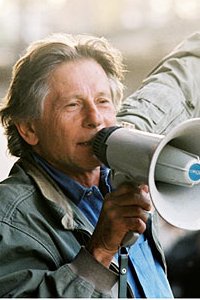 The infamous film maker
fled The States back in 1978 after pleading guilty to a charge of unlawful sexual intercourse with a minor. Finally nabbed by Swiss police in late September, the 76-year-old vowed to fight
extradition and just yesterday, again petitioned for reduced bail, but as a clear flight risk, he was turned down.

After all his years on the run, many believe the renewed interest in his case stemmed from last year’s documentary Roman Polanski: Wanted and Desired, which outlined judicial and
prosecutorial misconduct in the infamous case.

With Polanski still in Swiss custody, California’s 2nd District Court of Appeal is set to hear arguments next month on whether or not to
move forward with the case and his extradition.

His lawyers are convinced they can prove the alleged misconduct, while prosecutors maintain that, in light of his fugitive status, Polanski has no right to contest.

Opinions continue to be split. While many remain angry that a rapist is being given a shot at clearing his name; others believe he was railroaded into pleading guilty 30 years ago and the victim,
who was thirteen at the time, continues to request the case to be dropped.

SheKnows took a closer look a the Polanski case after his initial arrest in Switzerland and will continue to keep up on the story.