Richard Curtis is the mind behind Love Actually, Notting Hill and Four Weddings and a Funeral. Curtis’ latest comedy, Pirate Radio, arrives on US shores November 13. SheKnows went to London to meet the cast and witness the film on its home soil.

Our exclusive interview with the British filmmaker kicks off SheKnows Entertainment’s Pirate Radio week! We take you inside the boat that rocked and get to the heart of the true story
of how the British government almost got away with banning rock and roll. 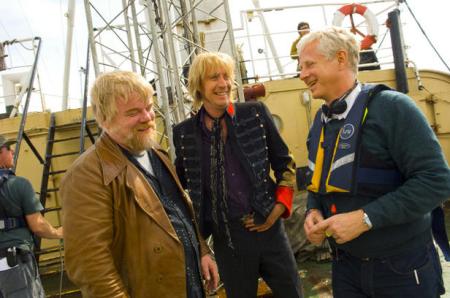 London is among the most exciting cities in the world and SheKnows soaked up the history, culture and British essence.

SheKnows: Thank you Richard, for visiting with SheKnows. It was an absolute pleasure coming to London. I had a blast watching the film. You’re cast was a delight and a
half…

SheKnows: The sentiment I got from your cast is they would do anything for you if you called. Knowing that, does it affect anything when you’re putting together a
project? Do you have people in mind for a part before even knowing if they are available?

Richard Curtis: I definitely wrote the part that Bill (Nighy) played with Bill in mind. Sometimes you can’t resist it. In Love, Actually, I wrote the part for
Hugh Grant that I knew he was going to play the Prime Minister. But, strangely, most often you don’t. You shouldn’t. You should
be writing for the character. On the whole, I just write the characters and then there’s the fantastic moment when the casting lady gives me a list of people she thinks would be good — and
there are names you would never have dreamed. I remember when she showed me the list and Nick Frost’s name was on it. “That’s bloody fantastic!” I’ve always wanted to
work with him (laughs). Similarly with Philip Seymour Hoffman, he was at the top of the list and I thought that would never happen. But, send it to him.

SheKnows: As the lone American in the film, to get Philip must have been a casting coup for you. 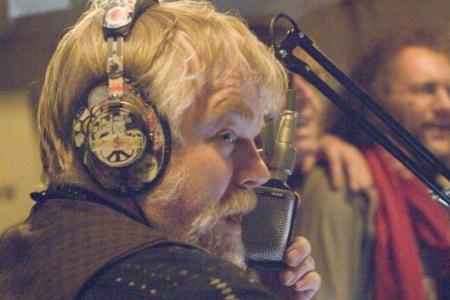 Richard Curtis: That was a great moment. There’s a shallow version of that part, and he was always meant to be the soul of the film. There’s a moment when Philip said
we’d be on brilliantly safe ground there and that he would really ground the role. Yet, he’s such a funny actor as well.

SheKnows: That’s the thing about Pirate Radio, is it is absolutely hysterical. There are moments of utter hilarity. I’ve seen that throughout your work that
you can tackle some serious subjects and at the same time people are laughing. Were you brought up in a humorous household or where did that ability to laugh even when you want to cry, come from? 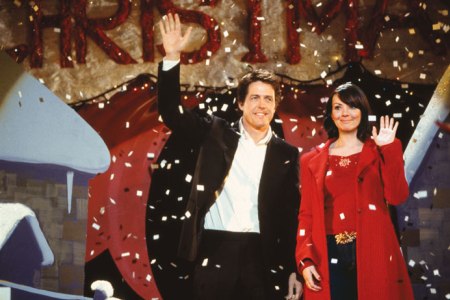 Richard Curtis: What happened was, just in school, being part of the Monty Python generation where we never had conversations, we just simply recited Monty Python sketches to each
other. My career has taken an immensely logical route which went from writing three-minute sketches to 30-minute sitcoms to hour-and-a-half movies. I always like to hang on to the sketch and sitcom
bit, even though I’m doing the longer movies. I ask myself, would this pass muster if all I was going for was jokes, if I didn’t have a story to tell as well? I try and stay funny.

SheKnows: It is a perfect combination of all of that. I was also struck that I think Pirate Radio could qualify as a freedom of speech film. Do you think I’m way off
on that?

Richard Curtis: No, I think it’s very much about how the whole politicians are making laws for the generation before, do you know what I mean? 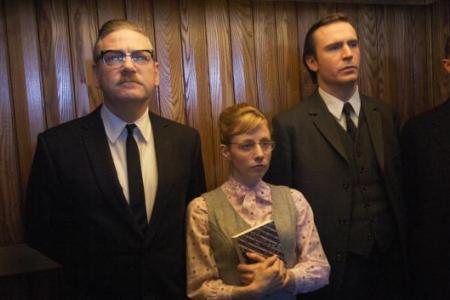 Richard Curtis: The things that move them and make them go into politics in the ’20s are the things they want to sort out — which aren’t the same things as what the
20-year-olds currently need sorted out. It’s definitely a film about how the things that young people adore are often ignored, derided and squashed by an older generation and how you have to
fight for it. It could happen in a way all over again with the internet. The young people of the world live in a world that is completely different than the ones that the legislators are.

SheKnows: I asked star Talulah Riley if it was hard for her to wrap her head around the idea that rock was not on the radio. They could not fathom the world.

Love, Actually for rock and roll!

SheKnows: Speaking of the music, I found in a lot of ways that Pirate Radio is a love letter to rock and roll, was it for you? 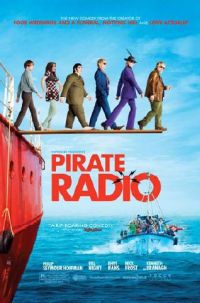 Richard
Curtis: That’s absolutely it. I really wanted to write a film about it. It’s hard to find a subject that reflected my enthusiasm. So many rock and roll films end with someone
injecting heroin into their eyeballs (laughs). I wanted to do something about the exuberance of rock and roll and the sharing of it — the friendship of it. How every day going into the
office it is putting on a record that cheers me up to get writing — that’s where this seemed a good plot for me.

SheKnows: For you putting together, was that a difficult task and were you able to select songs for your own personal joy versus what the film required?

Richard Curtis: Yeah (laughs), a lot. On the other hand, there is a lot of magic that happens in between music and celluloid. Sometimes the song you think is perfect,
turns out it doesn’t hit its chorus until 42-seconds in and it’s only a 20-second cue, so you have to go for something else, often the song that turn out best surprises you. Sometimes a
song has too much plot in it. We wanted to put Waterloo Sunset in the movie and it’s just about too much. It’s not neutral. Sunny Afternoon, on the other hand, is just
enough. It’s gripping. I gave everybody an iPod with over 300 songs on it. We chose from those.

SheKnows: That must be some iPod. If anything, Pirate Radio reinvigorates people’s passion for rock music.

Richard Curtis: It was a nice thing to be able to get a bit of a mixture if you listen to the radio, the choice pool has gotten rather small. It was nice to go out and find some
oldies, but less familiar ones as well.

SheKnows: Richard, thank you for everything!

Spike Jonze dishes Where the Wild Things Are