What it’s about: Twilight time has arrived again as the second book in Stephenie Meyer’s vampire series hits the big screen. New Moon takes the story of Edward and Bella a step forward by introducing the temptation of another — in this case, Jacob. 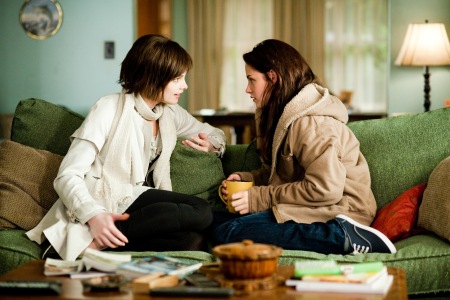 What it’s about: A man writes, lives and loves in darkness. Fourteen years before, he was in a brutal car crash on the island of Lanzarote. In the accident, he not only lost
his sight; he also lost Lena, the love of his life. This man uses two names: Harry Caine, a playful pseudonym with which he signs his literary works, stories and scripts, and Mateo Blanco, his real
name, with which he lives and signs the films he directs. After the accident, Mateo Blanco reduces himself to his pseudonym, Harry Caine. If he can’t direct films, he can survive only with
the idea that Mateo Blanco died on Lanzarote with his beloved Lena.

SheKnows fun fact: Penelope Cruz is one of those international stars who never forgets the cinematic world from which she arose before she won Oscar gold. Broken Embraces
is her latest Spanish-language film in a long line that weaves through films such as the upcoming Nine.

What it’s about: Planet 51 is an alien invasion film in which those arriving unannounced are us humans! American astronaut Captain Charles Chuck Baker arrives on
Planet 51 believing that he is the first to do so. To his surprise, he finds that this planet is inhabited by little green people who are happily living in a white-picket-fence world
reminiscent of a cheerfully innocent 1950s America. Their only fear is that the planet will be overrun by alien invaders… like Chuck. 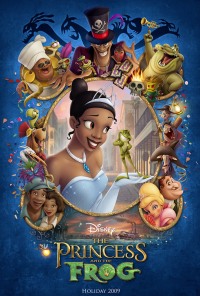 What it’s about: This new musical is an animated comedy set in the great city of New Orleans. From the creators of the Little Mermaid and Aladdin comes a
modern twist on a classic tale, featuring a beautiful girl named Tiana (Anika Noni Rose), a frog prince who desperately wants to be human again, and a fateful kiss that leads them both on a
hilarious adventure through the mystical bayous of Louisiana.

SheKnows fun fact: The Princess and the Frog marks the return of the revered team of John Musker and Ron Clements to hand-drawn animation, with music by Oscar-winning
composer Randy Newman.

Princess and the Frog trailer

What it’s about: From Cormac McCarthy, author of No Country For Old Men, comes the highly anticipated big-screen adaptation of the beloved, best-selling, Pulitzer
Prize-winning novel, The Road. Academy Award-nominee Viggo Mortensen leads the cast in this vast post-apocalyptic tale of the survival of a father (Mortensen) and his young son
(Smit-McPhee) as they journey across a barren America that was destroyed by a mysterious cataclysm. 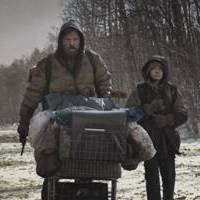 SheKnows fun fact:
The Road was originally set to be released in 2008, but hey, all good things come to those who wait. The Road is sure to rock.

What it’s about: On the verge of their very biggest business deal, two best friends — an unlucky-in-love divorcee (Williams) and a fun-loving bachelor (Travolta) — have
their lives turned upside down when they’re unexpectedly charged with the care of 7-year-old twins. The not-so-kid-savvy bachelors stumble in their efforts to take care of the twins
(newcomers Ella Bleu Travolta and Conner Rayburn), leading to one debacle after another, and perhaps to a newfound understanding of what’s really important in life.

SheKnows fun fact: Travolta’s daughter, Ella Bleu, makes her feature-film debut as one of the twins. Travolta’s wife, Kelly Preston, also stars, marking the first time
the couple has appeared in the same film in more than 20 years.

37 mins ago
by Grace Kang

56 mins ago
by Grace Kang