What it’s about: Pirate Radio is the true story of seven British DJs and one American (Hoffman) who shared a passion for rock and roll. Their actions allowed Great
Britain — the country who spawned the greatest of the greats — to hear its icons on the radio. Anchored in the middle of the Northern Atlantic, they played rock records and broke the law, all for
their love of music. The songs they played united and defined an entire generation and drove the British government crazy. (The soundtrack is to die for!) 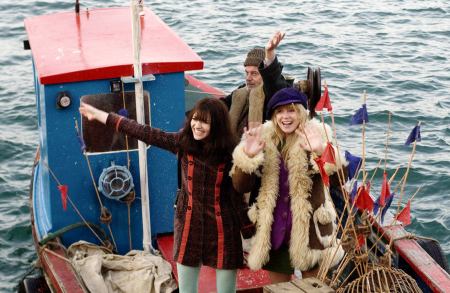 The band of rebels is led by The Count, played by the Academy Award-winner Hoffman; Quentin, the boss of Radio Rock (Nighy); Gavin, the greatest DJ in Britain; Midnight Mark; Doctor Dave; and Young
Carl, who comes of age amidst the chaos of fighting for free speech. The soundtrack runs the gamut from the Beatles, the Stones, the Beach Boys, Dusty Springfield, the Who, Jimi Hendrix, Smokey
Robinson, David Bowie, Otis Redding and Cat Stevens, just to name a few. The film is a riotous splash and speaks to the rock-n-roll rebel in all of us.

What it’s about: An animated big-screen version of Roald Dahl’s adored children’s book that tells the tale of a family of foxes and the challenges they, as a
family, face and overcome.

SheKnows fun fact: Fantastic Mr Fox is Wes Anderson’s first foray into animation, but it still is very much a Wes Anderson film.

What it’s about: Disaster happens. John Cusack, Amanda Peet and family survive. But, 2012 is actually so much more. From Roland Emmerich (Independence Day, The Day After
Tomorrow), one can expect fantastic disaster scenes, and the filmmaker delivers. 2012 is a fun popcorn movie that’s allowed Cusack and Harrelson to do their best end-of-the-world work
in years. While it lacks the charisma of Independence Day, it is just as fun.

SheKnows fun fact: The title of the film comes from the Mayan calendar’s prediction that the end of days arrives in, you guessed it, 2012. 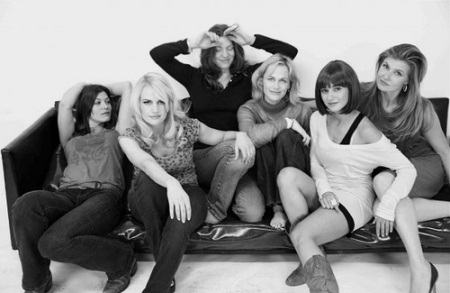 Their paths intersect with, among others, a hilariously suave British rock star (Brolin), a bright neurotic with a dark past (Britton) and an escort with a tricky client (Chriqui, Entourage).
The Women in Trouble cast also includes Marley Shelton (Grindhouse), Simon Baker (The Mentalist) and Joseph Gordon-Levitt (500 Days Of Summer). 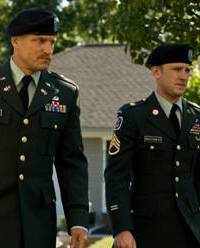 What it’s about: A heartwarming tale about the soldiers charged with a heart-wrenching duty: Informing families that a loved one has been lost in battle. If The
Messenger is not considered for Oscars all around for its cast and creative team, a great film has been snubbed.

SheKnows fun fact: Woody Harrelson is appearing in three films in November alone. Looks like one of our favorite actors is back!

What it’s about: Teenager Michael Oher (Aaron) is surviving on his own, virtually homeless, when he is spotted on the street by Leigh Anne Tuohy (Bullock). Learning that the
young man is one of her daughter’s classmates, Leigh Anne insists that Michael — wearing shorts and a T-shirt in the dead of winter — come out of the cold. Without a moment’s hesitation, she
invites him to stay at the Tuohy home for the night. What starts out as a gesture of kindness turns into something more as Michael becomes part of the Tuohy family, despite the differences in their
backgrounds.

SheKnows fun fact: SheKnows has exclusive one-on-one TV interviews with the Blind Side stars Sandra Bullock and Tim McGraw — and with the woman herself, Leigh Anne Tuohy!