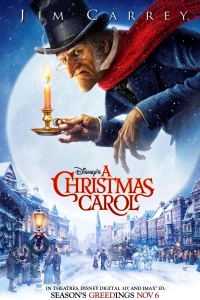 November has arrived, and
that means one thing: Movies coming out of Hollywood have more heft. November’s movies will move the soul, mind and heart… and rock the movie house.

What it’s about: Ebenezer Scrooge (Carrey) is the epitome of the evil boss and it becomes clear over the Christmas holiday in Dickens’ classic. Oldman is the faithful
clerk, Firth is Tiny Tim and Carrey is not only Scrooge, but also the three ghosts who visit him.

SheKnows fun fact: Director Robert Zemeckis has taken his Polar Express work a step further and his A Christmas Carol will be presented in 3D! With Carrey
portraying four roles, the film promises to capture the Dickens’ spirit.

What it’s about: In 1987 Harlem, Precious (Gabourey Sidibe) is a 16-year-old with a world of problems and a universe full of promise. Her mother (Mo’Nique) is as toxic
as they come while her educational possibilities are few and far between. Precious can’t read or write and with the help of a community who cares, perhaps Precious may break out and find her
perfect life. 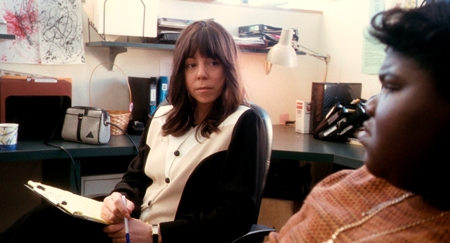 SheKnows fun fact: Precious looks to be a front-runner for the 2010 Oscars and has garnered these accolades already:

The Men Who Stare at Goats

What it’s about: In a comedic look at real-life events that are almost too bizarre to believe, a reporter discovers a top-secret wing of the US military when he accompanies
an enigmatic Special Forces operator on a mind-boggling mission. Reporter Bob Wilton (McGregor) is in search of his next big story when he encounters Lyn Cassady (Clooney), a shadowy figure who
claims to be part of an experimental US military unit. According to Cassady, the New Earth Army is changing the way wars are fought. A legion of Warrior Monks with unparalleled psychic powers can
read the enemy’s thoughts, pass through solid walls, and even kill a goat simply by staring at it. Now, the program’s founder, Bill Django (Bridges), has gone missing, and
Cassady’s mission is to find him. The Men Who Stare at Goats was inspired by Jon Ronson’s non-fiction bestseller of the same name.

SheKnows fun fact: Although it may appear on the surface to be a movie about military men studying psychic warfare, the film’s producer says it is much more. Grant Heslov
notes, “It’s also a road picture about two guys who are both lost in their lives and who forge a real relationship.”

What it’s about: What if someone gave you a box containing a button that, if pushed, would bring you a million dollars… but simultaneously take the life of someone you
don’t know? Would you do it? And what would be the consequences? The year is 1976. Norma Lewis (Diaz) is a teacher at a private high school, and her husband, Arthur (Marsden), is an engineer
working at NASA. They are, by all accounts, an average couple living a normal life in the suburbs with their young son… until a mysterious man (Langella) with a horribly disfigured face appears
on their doorstep and presents them with a life-altering proposition: The box. With only 24 hours to make their choice, Norma and Arthur face a momentous moral dilemma. They soon discover that the
ramifications of this decision are beyond their control and extend far beyond their own fortune and fate.

SheKnows fun fact: The Box is based upon the classic short story Button, Button by Richard Matheson. Richard Kelly adapted it for the screen and directed it. He
also created the 2001 sci-fi mystery thriller Donnie Darko, a cult classic that earned a Grand Jury Prize nomination at the Sundance Film Festival.

What it’s about: The Fourth Kind examines what would happen if the three other kinds of alien introduction come and go. What is the Fourth Kind, you ask? Why,
it’s abduction.

SheKnows fun fact: Going more sci-fi than horror, The Fourth Kind skipped the Halloween movie season of October to act as an alternative to the Oscar-powered films that
populate November.

Up next… Philip Seymour Hoffman and SheKnows go to Britain and rock Pirate Radio.