Dierks Bentley is hitting the road performing concerts that will change lives and hopefully save many of them as well. The musician concert tour benefits the Children’s Miracle Network. 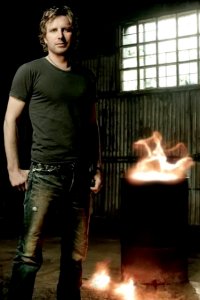 Every cent that is raised is going to the
concert’s host city’s children’s hospital. That means that when you buy your Dierks Bentley ticket, the funds stay in
your community!

Current cities announced are: Phoenix on November 21 with Dallas, Seattle, Atlanta and Chicago following in spring and summer 2010. Dates for the 2010 tour will be announced shortly!

His Miles and Music for Kids benefit has just announced its lineup for the Phoenix date. Joining Bentley for the gig is Roger Clyne and The Peacemakers as well as Jessi Colter and Stoney LaRue.

SheKnows very own Shay Pausa is bringing her Daily Dish to the show and wants to know what you want her to ask Dierks!

That’s right, in the tradition of our Reader QnA with Rob Thomas, SheKnows and the Daily Dish are asking for your questions for our QnA with Dierks Bentley.

Add your questions for Dierks below!

The Phoenix show culminates a special celebrity motorcycle ride from Nashville that finds Bentley landing at the Tempe Marketplace, in Phoenix, Arizona on his motorcycle and an army of
supporters on November 21st. Soon after the group’s arrival, the musical jam session begins and the funds for families in need — whose children sit in our nation’s
children’s hospitals — begin to pile up.

Bentley is a successful country music artist who has sold almost five million copies of his last three studio albums. He also has 10 top 10 singles and five number one songs over that same period!

Dierks has come a long way from singing for tips on Second Avenue in Nashville to dominating the Nashville country scene. And he is showing his thanks with continual charitable efforts including
the Dierks Bentley Miles and Music for Kids that has his crossing America on his bike landing in Phoenix, Arizona.

You don’t have to live in the tour cities to make a difference in Dierks’ charitable efforts to raise funds for sick kids in need. Visit Dieks Miles and Music for Kids for more information.

45 mins ago
by Hanna McNeila