Funnymen Steve Martin and Alec Baldwin are teaming up to host The 82nd Academy Awards Oscars, and SheKnows approves! 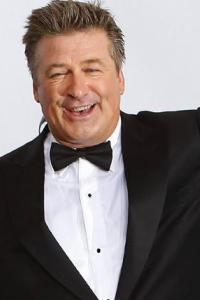 Last year’s host Hugh Jackman went for equal parts funny and Broadway, earning the telecast 36.3 million viewers. After he turned down the offer to return this year, however, there was much speculation about who the academy would tap.

We’re pretty sure no one guessed Martin and Baldwin, and with two Saturday Night Live legends taking the stage together this year, who knows what to expect from the night!

“We think the team of Steve and Alec are the perfect pair of hosts for the Oscars,” producers Bill Mechanic and Adam Shankman said in a release. “Steve will bring the experience of having hosted the show in the past and Alec will be a completely fresh personality for this event.”

Having hosted twice, Martin won an Emmy for his duties in 2000, but while this is Baldwin’s first time at bat, he is no stranger to award shows or hosting. In addition to taking home back to back Emmy’s for 30 Rock, in 2008 and 2009, he nabbed a supporting role nom from the Academy in 2003 for The Cooler and a Tony nom in 1992 for A Streetcar Named Desire.

Like Martin, Baldwin has also proven himself as host on SNL time and again. Both favorites of the SNL crowd, they faced off on the sketch show back in 2002 over who had hosted more times, proving they’ve got the chemistry to make next year’s Oscars a blast.

For the record, Martin is actually one ahead, with 15 SNL episodes under his belt, and it sounds like the pair hasn’t settled their infamous on-air dispute.

“I am happy to co-host the Oscars with my enemy Alec Baldwin,” quips Martin, who has been on the road this year with his bluegrass band Steep Canyon Rangers to promote their album.

“I don’t play the banjo but I’m thrilled to be hosting the Oscars,” Baldwin counters. “It’s the opportunity of a lifetime.”

Cleary, we can expect some fun from the night, but we’ve got a while to wait. The telecast is scheduled for March 7, 2010 and will air on ABC.

Martin and Baldwin: the SNL clips

Read on for more movie news