On Sunday there was quite a buzz stirring the streets of Manhattan and its boroughs. The annual New York City marathon was just like any other year: it did not disappoint with a star-studded cast of runners including Oscar-nominee Edward Norton. 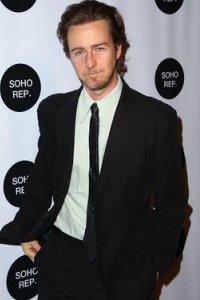 Hollywood’s A-list have routinely
trained for months and put aside their scripts for a day to run the 26.2 mile race of late. Edward Norton has came in first among all of the celebrities who also ran the marathon for 2009.

What was Norton’s time? Three hours and forty-eight minutes.

We hear that Sarah Palin ran as well and her time was four hours. He was quoted as saying prior to the marathon, “I’m gonna beat Sarah Palin like a rug!”

Anthony Edwards of ER fame and the new flick, Motherhood, also ran the marathon in New York City as did Alanis
Morissette..

Norton ran the New York City marathon in order to support the Maasai Wilderness Conservation Trust. The trust helps provide essential health services and education to people in Kenya. Prior to the
race, Edwards trained with expert warriors which included running on lava rocks!

After the race Norton referred to his accomplishment as “phenomenal” and rightly so!

This is It wins box office battle