Sarah Palin will appear on The Oprah Winfrey Show to promote her new book, Going Rogue: An American Life — on the very same day Levi will pull a full monty in Playgirl.

We’re all well aware that former vice-presidential candidate and former Alaskan governor Sarah Palin is in a war of words with her
daughter’s baby papa, Levi Johnston.

You can imagine the clash on November 16 when Palin visits Oprah — and Playgirl hits shelves. 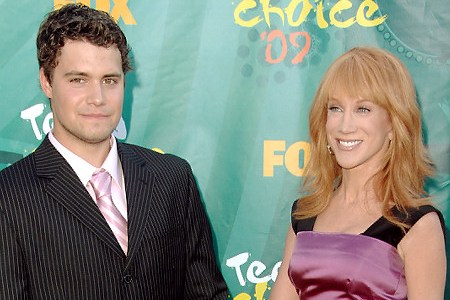 “Posing for Playgirl, a lot of people are going to look at it as not [presenting] a good image, but we’re going to do it tastefully,” Johnston told The Early Show on CBS.

The 19-year-old Johnston said he doesn’t want to get a bad-boy image or be viewed as someone just looking to get naked for the sake of fame — interesting, considering he previously told a
weekly celebrity magazine, “I just get naked; that’s what I do.”

Earlier this week, Sarah Palin slammed Johnston — who is the father of her grandson, Tripp — as being desperate for posing. He responded,
“I don’t think it should matter in their eyes what I am doing. She’s doing her thing. I am doing mine.” Johnston added, “She’s quitting governor for her money, so we’re kind of on the same
page.”

Johnston also mentioned he would not accept all offers — such as being on camera in some wacky situations. Not sure we want to know more about that concept…