It is Peli’s vision that wrote and directed Paranormal Activity smash that made instant stars out of its two leads.
Featherston and Sloat portray a couple moving into their dream house that proves to be more nightmare than suburban bliss. 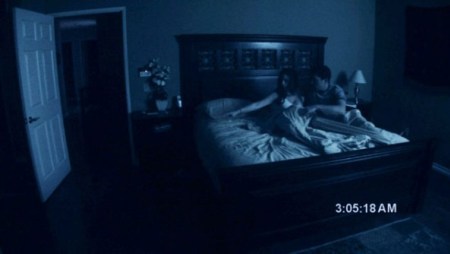 SheKnows: Hello there, how are you guys?

SheKnows: I bet you are (laughs)! For two of you when you first became a part of this project, sure we’re sitting or driving here talking about a success, but what
first appealed to you about Paranormal Activity?

Katie Featherston: Actually, I auditioned online. When I read the script, I felt that Oren had a vision for something that was story I wanted to be a part of and I was excited to
become a part of this project. When you become part of something like this, you don’t know whether anyone will even see it…

Micah Sloat: I just went in an auditioned. I just wanted to do the job. Just getting in there and working with Oren it something I will never forget. When you’re in there
working with Oren, as an actor, it’s an anything can happen environment and we had fun in it.

Katie Featherston: I think that’s why we got the roles is that we had something working together.

SheKnows: Usually when that kind of thing happens, success follows. But, there is success and Paranormal Activity, number one at the box office in America with over $22
million in sales success.

Katie Featherston: Yeah! We’ve believed in what we were making while we were working on it. We wanted to make the best horror film that we could. But, to see the amount of
success that Paranormal Activity has received is above and beyond. 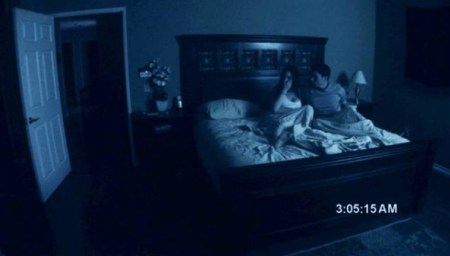 SheKnows: Could you speak to the process of making a film and how what you experienced filming and what you see on screen is different in what the filmmaker did with his magic?

Katie Featherston: The thing that is most surprising about working with Oren is there was so much footage after filming, he was a master at cutting it down and putting together in
a way that really fills tension and dread. It scared me when I watched it. Oren’s the master.

SheKnows: The film is riveting, but what is most striking about the commercials out there right now is the night-vision reaction shots of the audiences witnessing the movie. As the
two performers behind what’s really this emotional and physical response from people, what does that feel like as a performer?

Katie Featherston: It’s the best thing you could ever ask for…

Micah Sloat: Literally, the experience of the audience is what, for me, there is nothing like it. Every audience is different and unique and it’s fun to watch them watch the
movie. It’s interactive on some level and emotionally it all comes back to what’s on the screen. It’s wild to see how people can’t control how they’re shaking. People
have come out of the theater crying. It’s the best thing as an actor to have the fans respond.

SheKnows: Here we are on the eve of Halloween. Everyone is always looking for that perfect fright-night fest. When you have a word-of-mouth movie like Paranormal Activity
that is now a full-blown success; could each of you speak to how the film has built in success right as we’re on the dawn of Halloween? And also, what does this film’s success say about
filmmaking in 2009? 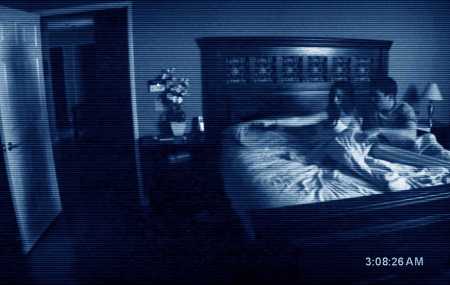 Katie Featherston: I’m sure there’s a large amount of people who go for the shock value and its response on film. This movie, it just kind of creeps under your skin,
it’s a quiet builds, and builds, and builds. Hopefully, not only are you really scared, but you’re a little scared to go home at night, (laughs) which is a perfect way to feel
after a Halloween movie.

Micah Sloat: I also think that with our movie being so low-budget and it making so much money, I think filmmaking as a whole is going to benefit. Hollywood is going to pay
attention to a lot more films that are much more guided by the guy behind the camera. Hopefully a lot of our future artists will be people inspired by Paranormal Activity.

SheKnows: For you two as actors, the attention has got to be almost blinding. Has the new scripts been pouring in, or are you two still firmly entrenched in Hurricane
Paranormal Activity?

Katie Featherston: We’re soaking it up and trying to wrap our heads around everything. We’re both going to meetings and reading scripts, but right now, this is almost
everything you could hope for from a film.

Micah Sloat: We don’t have any concrete details for you, but when we do, we will surely let you know.

Jim Carrey does A Christmas Carol: inside his four characters