The Twilight Saga: New Moon soundtrack soared into the charts with records sales of 153,000 that landed New Moon at the number one spot. The question is: can it maintain its position now that Jackson’s This is It has hit the theaters and the racks? 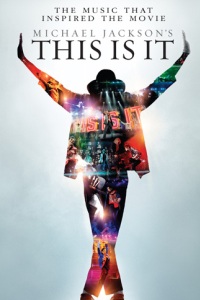 The companion
album to This is It, which goes by the same name, was released this Monday and offers 14 classic Jackson hits, including
Billie Jean, Beat It, You Gotta Be Starting Something and I’ll Be There.

Sales projections are ranging between 300,000 and 350,000, which means the album will likely dethrone New Moon and put MJ back on top — right where we’re used to seeing him!

The King of Pop has five chart-topping albums to his name already and his sales have seen a massive boost since his death. Number Ones flew off the shelves, making it the best selling
album this year, while Thriller and The Essential Michael Jackson also made the Top 20.

For all this post posthumous success, however, it turns out Jackson is not the highest earning dead celeb. According to Forbes, Yves Saint Laurent takes that honor.

Celebrities support This is It

This is It: the best music movies of all time!

Check out Michael Jackson’s latest single, This is It