Author Megan McCafferty won hearts and readers when she launched her Jessica Darling series in 2001 with her first book, Sloppy Firsts. Since then, readers around the world have followed the story of Jessica as she navigated high school, college and adulthood. And, of course, readers fell for the love story between Jessica and Marcus Flutie. 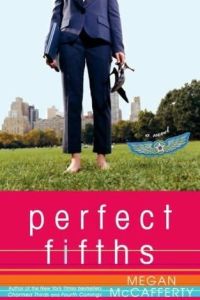 From Sloppy Firsts all the way to Perfect Fifths, readers spent ten years growing up with and following along as Jessica — and Megan — became a Chick Lit darling.

SheKnows: Jessica Darling captured the hearts of many readers, what do you think it is that resonated with fans from the beginning with this series?

Megan McCafferty: Jessica Darling is both an insider and an outsider, which helps explain why readers from all sides of the social spectrum — the party girls to the wallflowers — see themselves in her. She’s far from perfect — she can be moody, myopic and judgmental — but those flaws are what make her so relatable. She’s also a no holds barred commentator on all the most universally ridiculous aspects of high school, college and beyond. Jessica Darling often says what readers wish they could say, but don’t. They close the book and think, “Ah-ha. I’m not the only one who feels this way.”

SheKnows: How did the idea for the first book begin?

Megan McCafferty: I wrote Sloppy Firsts because it was the type of book that I wish I’d had as a teenager. Unlike many books for teens that were being published at the time, Jessica Darling doesn’t suffer any major trauma. To me, the ordinary, every day indignities of teenage life were dramatic enough. So Jessica’s best friend moves away, she hates all her other friends, her parents don’t understand her, and she has an inexplicable attraction to the worst boy possible. These are problems that anyone who has ever been a teenager can identify with.

SheKnows: Did you always know it would be a series?

Megan McCafferty: I signed a two book deal with my publisher, so I knew there would be Sloppy Firsts and a sequel. Every book after Second Helpings came to me by necessity, meaning I felt compelled to see Jessica Darling through the next phase of her life, be it college (Charmed Thirds), the working years (Fourth Comings) or full-fledged adulthood (Perfect Fifths).

SheKnows: Did you know the ending when you started?

Megan McCafferty: I had no way of knowing when I started Sloppy Firsts that it would evolve into a ten-year saga! Sloppy Firsts begins in 2000 on her 16th birthday, and at some point I came up with the idea of bringing the story full-circle by setting Perfect Fifths in 2010 on her 26th birthday. I liked the idea of having captured one woman’s coming-of-age during the first decade of the 21st century. It felt right.

SheKnows:Can you describe for us the love between Jessica and Marcus, how it started and how it has changed over the years? 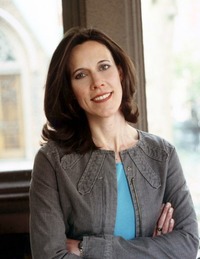 Megan McCafferty: It’s the transition from hormone-fueled high school infatuation to a bond that is deeper and more complex. By the fifth book, Jessica Darling and Marcus Flutie are both older and wiser, and can see each other for who they really are — flaws and all. They share a passionate connection but the fever is tempered by the terrifying fear that this could be their last chance at getting it right…whatever that even means.

SheKnows: Is there one particular book in the series that you have more affection for? Which was the easiest, which was the hardest?

Megan McCafferty: I love them all, but I’ve got a sweet spot for Sloppy Firsts because it’s the one that launched the series….and my career. Readers find as much in common with Jessica Darling now as they did when it came out in 2001. I never thought this story about an angsty Jersey girl would sell a few hundred thousand copies in eleven different languages. It still shocks me when I think about it. Looking back, Fourth Comings was the hardest to write for many reasons, not the least of which was the knowledge early on that it would end with a heartbreak. It’s a tough period for Jessica and Marcus and I struggled as the characters struggled. Perfect Fifths wasn’t necessarily the easiest, but it was definitely the one I enjoyed writing the most. Switching the narrative from first person (as I’d used in the previous four books) to third person really liberated me as a writer. I felt energized and excited about bringing the series to an end, not sad.

SheKnows: After spending so much time with Jessica and Marcus, what was it like when the series was wrapped up?

Megan McCafferty: Like, “Whew. I’m so glad I didn’t eff that up.” Honestly, it was a huge relief. I was happy that I was able to come up with a ending that would satisfy readers who had followed their complicated ten-year courtship. (Though some totally disagreed with me…!) I wanted to end it before I got bored or complacent. And I did.

SheKnows: If you could compare their love story to other famous love stories — literary, real, historical — who would you compare them to? 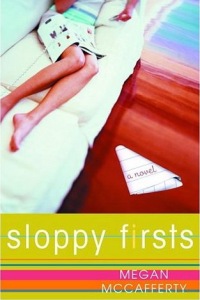 Megan McCafferty: I really can’t answer that question. I see Jessica Darling and Marcus Flutie as their own unique love story.

SheKnows: What would fans be surprised to know about Megan McCafferty?

SheKnows: How do you feel about the label chick lit?

Megan McCafferty:I never thought I was writing chick lit. I thought I was writing comic coming-of-age novels. But I learned long ago that I can’t control how my work is perceived by the public so there’s no point getting upset about any slights. My time and energy is better directed toward writing the best books that I can write. The problem I have with the label in general is how it alienates readers for whom “chick lit” is synonymous with “fluffy,” “trashy” or “poorly written.” This is unfortunate because many “chick lit” novels aren’t any of those things.

SheKnows: Tell us about your current project, Bumped and what to expect?

Megan McCafferty: I’ve been describing it as my dystopian high school sex comedy, or Heathers meets The Handmaid’s Tale. It’s set in the near future in a world where only teenagers can reproduce. It’s narrated by sixteen-year-old twins who were separated at birth and that’s all I want to say for now. It’s obviously different, but fans of the Jessica Darling series will appreciate the dark humor. Writing Bumped has been a fascinating challenge so far, and I’ve loved every minute of it. I can only hope that every book ahead of me is like this one — or better.