Sonya Walger is enjoying quite a ride with the success of FlashForward as well as her legendary role as Penny on Lost. Walger is on two hit shows that keep secrets better than the CIA. The British actress admits it is at the same time a gift and a curse. “I’m useless,” Walger said with her delightful British accent. “I have no secrets to give anybody at all on either show.” 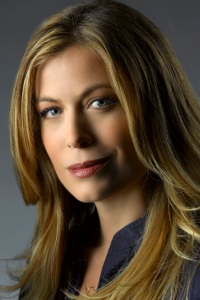 Walger does shed light on both FlashForward and Lost as both have had the impeccable ability to
transfix viewers continually seeking answers to questions week-to-week. The key to FlashForward’s early success is that the event at its center — a moment the entire world fell
unconscious where people saw visions of their own future — has given audiences an end-date for where the mystery is headed.

Walger stars on FlashForward with Joseph Fiennes as husband and wife living in LA. They must deal with the event that showed their future — one that was not what they expected, while
Walger’s emergency room doctor deals with the event’s aftereffects and Fiennes FBI agent seeks the truth alongside partner John Cho.

SheKnows: What was it about FlashForward that most intrigued you when you first read the script?

Sonya Walger: I read the script and was just fascinated by this woman who leaves her husband notes saying, “I hate you.” That was on page two that happened…

SheKnows: (Laughs) Right! I wasn’t sure where that was going…

Sonya Walger: I thought that was a great little character trait. And then, I just couldn’t believe it as I kept reading. I saw what this really wonderful imaginative event
was and found that they had not only come up with this amazing event, but succeeded in creating these really interesting characters all around it. I think it is a very unusual feat to pull off.

SheKnows: Absolutely, was it kind of a challenge…I know when you’re doing series television you never know exactly where the plot is going — especially on
Lost — but on FlashForward it takes on a unique aspect in that the future really is open. I know you have that experience on Lost, but what do you as an actress do to
try to prepare for character arcs that truly can go anywhere?

A Flash of genius

Sonya Walger: In a way, it is ideal. You prepare as best you can as an actor. I like doing research and going off trailing a surgeon at Cedar Sinai doing medical research. But, I
believe that with all that said, you throw all that work away when you show up to act. Live from moment to moment and see what happens. That’s when the really exciting stuff comes along. It
hasn’t bothered me at all not knowing where everyone’s heading. I thought it would bother much more than it has, I actually find it very liberating to just go to work and play the
scene. 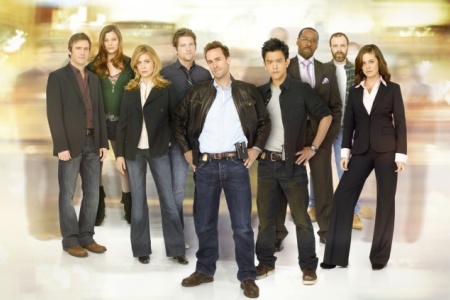 SheKnows: Truly living in the moment.

SheKnows: And working with Joseph Fiennes, there is quite the British film actor, coming to television starring alongside you, what’s that been like?

Sonya Walger: It’s been really fun. I’ve loved it. It’s been fun to work with an Englishman again. I haven’t in a very long time. I occasionally did with
Ian (Henry Ian Cusick who plays Desmond) on Lost, but it was so sporadic I got to work with him. It’s fun to have a taste of home and Joseph’s a great actor and so generous.
We’re both hard working, I think there’s a real sense of rigor on the set about getting the scene right. Rehearsing as much as we can, it’s nice, I feel we both approach it with
similar work ethics.

SheKnows: Actually, I was just over in London and was really pleased to see how much the British are buzzing about FlashForward. It really is a tale that is being
simultaneously told across borders, very rare. That’s got to be a bonus for being a part of FlashForward.

Sonya Walger: I love it! I was just in London last week as well. I had a few days off and whipped off to see my mum. It was a complete treat how huge it is there and how people
really responding to it. It’s the first time I’ve had that working in Hollywood. On a personal level (laughs), it’s really gratifying. So often my mum’s watched my
work and it’s something I shot six months ago and I’ve already forgotten about it. It’s already aired in America. It didn’t mean as much. It’s really gratifying to
feel the immediacy of the show over there. 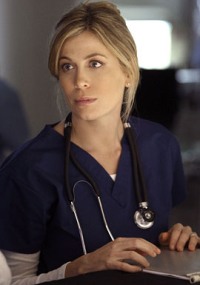 SheKnows:
It was awesome to see those FlashForward billboards in the middle of London.

Sonya Walger: Yeah, I know. I agree, I was amazed to get stopped in the street with people asking about FlashForward. I’m so used to it happening for Lost.

Sonya Walger: It was really fun to have that happen in my home town.

SheKnows: Since you and are a part of Lost and FlashForward, you have a unique position in that there’s a fan base who are dying to know what’s coming.

Sonya Walger: It’s completely a privilege to have a fan base like Lost has certainly, and one I hope FlashForward is acquiring. It’s wonderful and
it’s disappointing (laughs). I can never tell anything.

Read on for more TV interviews

Nigel Lythgoe talks So You Think You Can Dance