So You Think You Can Dance debuted its top 20 before a forced hiatus due to the 2009 World Series. Reality TV Magazine’s Lisa Princ takes a closer look at what promises to be a suspenseful and dance-tastic season.

So You Think You Can Dance is enjoying its first fall run and to mark their premiere foray into the big-time television season, the judges, led by Nigel Lythgoe, have altered the
landscape. 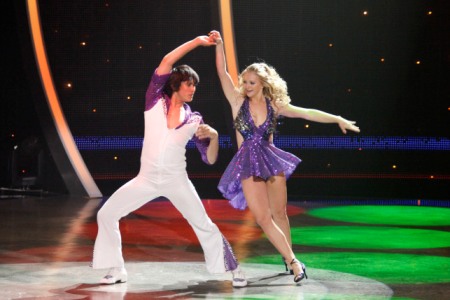 That’s right folks, this season on So You Think You Can Dance on Fox, our judges decided to change it up a bit. Our top 20 would be broken down into couples and the judges were in
control of whom would be sent home tonight. Think your favorite made it through another round? With injuries and surprises at every turn, you may want to rethink that!

Right from the start on So You Think You Can Dance tonight, we knew it would be filled with drama and surprises as we learned that 2 of our top 20 competitors would not be performing. Both
Billy Bell and Noelle Marsh would not be performing tonight. Noelle may be back next week, but Billy is out for the season and will be replaced by Brandon Dumlao — for the full story and details
on Noelle’s injury and Billy’s illness click here.

On to our couples for the season on So You Think You Can Dance. Our top 20 pairs will be: Karen and Kevin, Ariana and Peter, Ashleigh and Jakob, Noelle and Russell, Channing and Phillip,
Bianca and Victor, Ellenore and Ryan, Brandon and Pauline, Kathryn and Legacy, and last but not least Mollee and Nathan. Russel would be paired with his choreographer, Melanie tonight as she would
be filling in for Noelle.

To read the rest of Lisa’s insightful look at So You Think You Can Dance, visit Reality TV Magazine.