This is It premieres today! So, how does Michael Jackson’s documentary fare with history?

This is It at its heart is a music movie. Michael Jackson was rehearsing for his This is It triumphant return to the stage. Many music films began their creative journey with similar intentions. Others, such as the Oscar Best Picture-winning Chicago began on the stage and emerged on screen an icon of pop culture. 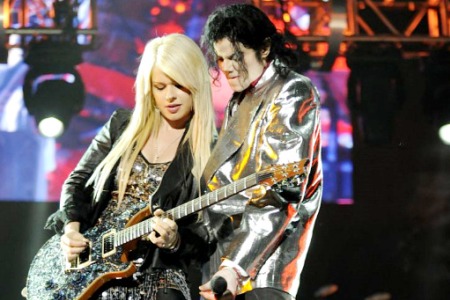 Where This is It, in theaters today October 28, is a documentary whose soundtrack is that of a musical genius ripped from audiences too soon, Mamma Mia and Chicago are movie musicals using music to tell the story.

Both share the same mission. They hit screens set to convey story through soundtrack. SheKnows wondered, what are 10 top music movies over history?

To be a top music movie, applicants need to be musicals!

Michael Jackson’s opus lands on this top 10 music movies in its historic power, if for nothing else. Yet, this is more than novelty film that has created buzz because of its headline-grabbing finale.

Michael Jackson’s music comes alive as does his persona in This is It. The film reminds audiences what they already knew: Michael Jackson is the King of Pop. His passion for his music and his fans was contagious and chronicled throughout This is It.

When the soundtrack contains songs as effervescent as Human Nature coupled with the unbridled Michael Jackson fire for topping himself, This is It scores a SheKnows 10 top music movie mention, 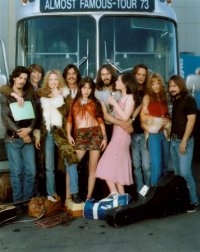 Perfectly illustrating the mantra that a music movie need not have its characters break into song to move plot or even have the fictional tale of a true-life musician, everyone in Almost Famous is a figment of the imagination of Cameron Crowe.

A love letter to Rock n’ Roll, Almost Famous chronicles Crowe’s journey into the heart of the beast of the music industry as reporter for Rolling Stone. Where the lessons are of a deeper level than given at the time of its release in 1998, Crowe did more than discover Kate Hudson in Almost Famous, he painted a picture of rock music that is Almost too-perfect.

Baz Luhrmann is another filmmaker equally comfortable working with music as film. In Moulin Rouge, he combined his music aficionado awesomeness, French too-cool-for-school timeless glamour with a mind-blowing visual landscape that still captivates audiences to this day.

Having Nicole Kidman and Ewan McGregor anchor his film with a soundtrack featuring the songs pop kings such as Elton John, Moulin Rouge is tops.

2002 Best Picture. Oscar-winner for Best Supporting Actress Catherine Zeta Jones — yet, Chicago is much more than one of Oscar’s favorite films of the last century.

Rarely does the stage musical make it to the big screen with success. The track record is filled with successes, sure, but considering the thousands of productions that have musically dazzled Broadway, the works that achieve movie magic is marginal at best. Chicago ran into that minefield and not only survived, redefined a movie genre.

Chicago must-see scene: The Cell Block Tango (otherwise known as the scene that clinched Jones won her Oscar! Also watch out for Dancing with the Stars stand-out Mya.)

Chicago laid the groundwork and Mamma Mia and Dreamgirls followed suit with equal panache. Oscar even loved Dreamgirls thanks to Jennifer Hudson!

In 2008 Meryl Streep grabbed Mamma Mia’s ABBA inspired story and showed the world that when it came to music movies, her realm extends there as well! 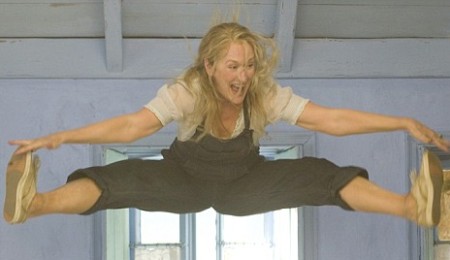 2006 Dreamgirls followed Chicago’s Oscar-winning bow with its own award winning path that put Hudson on Oscar’s Kodak Theatre stage living every singer’s dream as well as announcing to the world that Beyonce was more than a sensational singer.