Samantha Geimer, the victim of sexual assault by Roman Polanski, has requested that charges against the film director be dismissed. 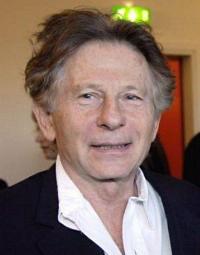 Here’s the deal: in 1977 Polanski had sex with Samantha Geimer who
was 13-years-old at the time. Last month after his arrest (he’s being held in Switzerland on a US arrest warrant), she suffered health problems — in particular after being inundated by
the media.

Just last week the US embassy overseas submitted a formal extradition request. Essentially the Swiss must rule on it within 40 days. Polanski has citizenship in France and Poland and has been
wanted in America ever since 1978.

Polanski plead guilty to having unlawful sex with an under-aged girl and was charged with six offenses. Geimer sued him in 1988 and the film director agreed to pay her $500,000 though it’s
uncertain as to whether or not she received the cash.

Geimer now lives in Hawaii and asked judges in California to dismiss charges against him. Apparently the victim receives almost five hundred phone calls each month and is literally being stalked by
talk show producers and countless journalists.

Apparently Larry King has called. So has Oprah. And every national network morning show. The LA Times has three reporters calling her in addition to major newspaper outlets here on
American soil and overseas. The response is “Please leave me alone,” and yet they keep calling.

Court papers indicate, “The pursuit has caused her performance at her job to be interfered with and has caused the understandable displeasure of her employer and the real possibility that
Samantha could lose her job.”

The filing ends with a request: “Leave her alone.”

Charges will be filed against Balloon Boy parents