Two-time Oscar winner Hilary Swank may be touted as our generation’s most prolific actresses and she’s back in Amelia. It’s no surprise that Amelia, the biopic of Amelia Earhart is a highly anticipated fall film to be released this weekend and make sure you don’t miss our interview with Swank! 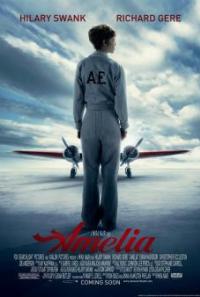 Also out this final October weekend is
Astro Boy, an animated adventure and Saw VI, a horror flick in the Saw franchise.

Astro Boy is an animated hit that’s going to delight the whole family starring Kristen Bell and Freddie Highmore. A young
superhero robot was designed by a brilliant scientist and endowed with amazing powers like superspeed, x-ray vision, ridiculous strength, and the ability to fly. As soon as Astro Boy’s
friends and family become in harms way, he then learns what it means to be a hero.

Amelia centers around the famous female pilot and stars Swank and Richard Gere. Although she’s known as the first woman to fly across the Atlantic and her attempt to fly around the
world on her own, it also tells the tale of her rise to fame and the loves of her life.

To this day her disappearance is a mystery as she attempted to circumnavigate the globe in 1937 in a Purdue-funded Lockheed L-10 Electra. Many researchers are in the school of thought for the
“crash and sink” theory, adhering to one of the most widely accepted reasons for the disappearance, though it has not been confirmed.

Many people believe the Electra ran out of fuel as Amelia crashed into the sea.

In Saw VI, the franchise of the Saw films, the blood carnage of Jigsaw continues despite the fact the killer is no longer alive.

read on for more More movies

Michael Jackson’s This is It only days away