Kristen Bell and Freddie Highmore take SheKnows inside the world of Astro Boy. Astro Boy lands in theaters October 23 and its stars — Bell and Highmore — visited with SheKnows exclusively at the 2009 Comic Con in San Diego.

The dynamic duo of animated brilliance came to San Diego to dish the October 23 film.

Bell, from Couples Retreat to her star-making turn as Veronica Mars, was glamorous in the most old-Hollywood of ways. Her
Astro Boy co-star, the teenage British phenom Highmore, suited up for his visit with SheKnows. Think you’ve seen this up-and-coming-superstar before? 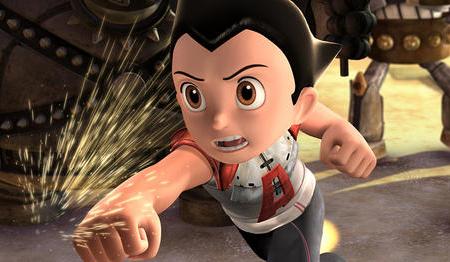 You have, he’s the face of August Rush, Charlie and the Chocolate Factory and Neverland!

SheKnows: What first attracted you to portray an animated character?

Kristen Bell: That she’s a character with a lot of layers. You’re able to explore that in a movie. She has a really tough exterior and she’s kind of a softie on
the inside. You understand her point of view and where she’s coming from as opposed to trying to take all these details that you’ve put into her and make them work. She’s got a
really great storyline. Why is she so hurt and why is she trying to keep a happy face all the time.

SheKnows: Was it a different process zoning in on this character versus live action ones such as Veronica Mars or Cynthia in Couples Retreat?

Kristen Bell: There’s a lot less work for voice acting, there’s a lot more work on David’s (Barnes, filmmaker) plate putting everything together — my job is
really is coming in and giving them material that they can work with and they adjust as needed. But, it’s a lot less work, with live action, you have to be there every day and there are very
long days, you’re at the mercy of how the camera works and is the sound equipment always working – knock on wood — (she literally looks for wood) — then you lead them to imagine
and explore be creative. With animation, it’s really interesting to see the process from start to finish. 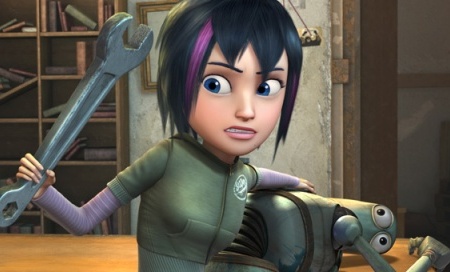 SheKnows: Did you see Cora before you became her?

Kristen Bell: You get some storyboards and then you begin to start seeing the colors and the depth and see what your wardrobe options are for your character. There’s a lot of
work that goes into it.

SheKnows: Be honest, did you know Astro Boy before going into the project?

Kristen Bell: I did not know who he was at all (laughs). David (Bowers, director) explained it and then I went on the internet. It’s amazing how important he is, he
is so important to Japan. It’s exciting, but (laughs), I also hope they like it. I don’t want to disappoint anyone. But, I think it’s a great movie.

SheKnows: Is this the first time you’ve portrayed a maternal character?

Kristen Bell: Yes, actually. It was easy because that’s kind of how I am in real life either with my friends or with my dogs. Cora’s very much a combination between
Wendy and Peter Pan in the fact that she protects these kids, but she’s really a kid herself.

SheKnows: The first time you saw as close to a completed clip or scene, what were your first thoughts?

Kristen Bell: I was…just impressed. The look is…I need another adjective other than amazing.

Kristen Bell: The look is really exciting. There’s a lot of action in it, there’s not a detail unnoticed. The background in every one of these frames is thought out.
It’s great to see that in film, even in animation, there is still set dressing, you know?

Kristen Bell: They think all that stuff through. 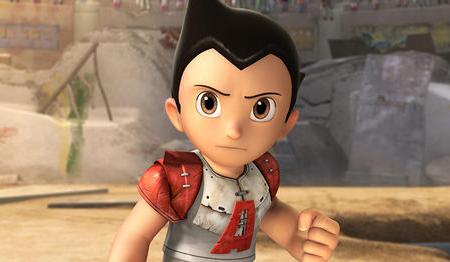 Kristen Bell: I’m just keeping my fingers crossed that they like it. I think that’s the hope when you do an adaptation you want…no one tries to do an adaptation
that doesn’t please the original fans. That’s always the main goal. But, also, you need to put your own spin on it. I just want everyone to be happy.

SheKnows: Between Veronica Mars and Heroes and now Astro Boy, these are all pop culture institutions. Are you organically drawn to these types of
projects?

Kristen Bell: In the beginning it was luck. In the beginning it was “I think this is a great project.” In getting to know what the fan base is all about, what these
groups represent and how much they love the projects…love! Fanboys and girls are the most intelligent fans out there. The dedication makes it all the more exciting.

Kristen Bell: I go with what Rob says. But, we have talked about a movie incarnation quite a few times and he pitched a few that didn’t get picked up. But, we’re still
trying.

Bell finishes and Astro Boy himself, Freddie Highmore, steps towards to the SheKnows microphone…up next!