Nigel Lythgoe has led a fascinating journey from award-winning dancer and choreographer to producer behind the biggest television hits in the world: American Idol and So You Think You Can Dance. The Englishman tells SheKnows about bringing Dance and singing (Idol) to billions. 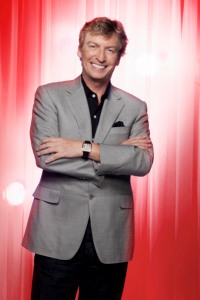 How Nigel did it

SheKnows: Nigel, you began in the world of dance as a top-notch hoofer, how did you segway into television producing such giant hits such as So You Think You Can Dance and American Idol?

Nigel Lythgoe: You’re right. It was the early part of my career that was centered around dance. I then left dance, or thought I’d left dance and went into television
production in the executive side of it. So, I’ve kind of come full circle.

SheKnows: It must be extraordinarily rewarding then to see the success of So You Think You Can Dance?

Nigel Lythgoe: To be with dance again in a country that inspired me, that had the dancers I worshiped that have now been forgotten — a whole legacy has been forgotten — is
incredible. When you turn around to kids and do you remember Shirley MacLaine…no? Liza Minnelli …who? It seems crazy to me, so to be instrumental in trying to bring that back is
absolutely fantastic. And it’s not just in this country. It’s the number one show in Australia and Canada. It’s a global phenomenon as is Idol. All sorts of different kinds of
dance are coming through around the world. It had just been out of the spotlight for so long, to be a part of that movement and instrumental in it to be frank, is absolutely wonderful. I’m so
passionate about it.

SheKnows: How about tappers coming to the forefront this year, isn’t that a nice re-emerging dance trend that has faded?

Nigel Lythgoe: Yeah (laughs), it’s fantastic! We’ve had them before, but for some reason this season, they’re really come out of the woodwork. It’s
the same as the ballerinas. That’s because of Melissa from season five. Not just tappers this season, but really good tappers. I look at them and think “oh, my God.” And I thought
I could tap really well, well I can’t (laughs). We just go along and see what comes in front of us. 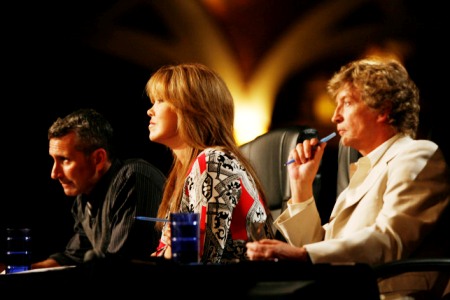 SheKnows: And to be able to start a charity bringing dance to those whose access may have been previously limited, that has to take the SYTYCD success to an entirely new
level.

Nigel Lythgoe: I’m so pleased that we can ever start charitable foundations now to bring dance to people who can’t afford it and we’re starting in inner cities
like here in Los Angeles with LA’s Best, for kids after school, it’s hey, I would love it to be a legacy that’s followed up on long after this show has gone.

SheKnows: As a child of that world, we thank you.

Nigel Lythgoe: Thank you so much, Joel.

So You Think You Can Dance readies its top 20