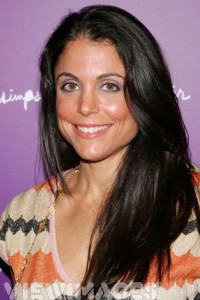 The Real Housewives of New York’s biggest buzz-maker is less than two months pregnant and
already has huge food cravings. The slender star told People, “I’m hungry in a way that is not negotiable. I’m not eating tremendous amount but if I am hungry, I will stab someone for
food.”

As cliche as it sounds, the fan favorite of Housewives of New York ate a jar full of pickles before taking her pregnancy test. And she seems to have intense cravings for salt. “I just want
salt — salt on everything,” she said.

It’s been a whirlwind year for Bethenny who met fiance Jason Hoppy eleven months ago at nightclub, Tenjune. “We’re both complete players,” she admits. “We never
thought we would find the right person.”

Earlier this month the couple got engaged and now they’re revealing they’re in the family way. In fact, Bethenny describes the past year as winning the Triple Crown. “I got
engaged, we got pregnant and we’re gonna get married. It’s a miracle.”

Unfortunately, Bethenny wasn’t able to tell the world her big news on her own terms as Perez Hilton apparently caused her to reveal the news. She’s approximately two months pregnant and
indicated this isn’t how she wanted the news to get out there. They haven’t heard the heartbeat yet and Jason’s parents didn’t even know yet. “I am praying everything
is okay but I don’t know that yet,” she says.

The couple will tie the knot before Bethenny gives birth.

Funnyman Will Ferrell is a dad again