Daryl Hall and John Oates go behind their hit songs in their own words and share exclusive insight into their new box set, Do What You Want, Be Who You Are. 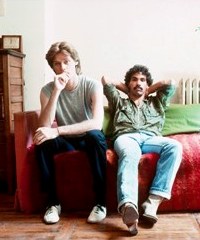 The dynamic pop duo
recently received a Hollywood dose of high praise when the recent movie 500 Days of Summer featured their 1981 hit You Make My Dreams — but that tune barely scratches the surface
of the sonic gold that is Hall and Oates.

Daryl Hall and John Oates met in Philadelphia in 1970; by 1973, they had struck music gold. Hall and Oates, as they decided to call themselves, evolved into a band with two distinct personalities.

Before long, Hall was the primary lead voice, backed by Oates’ unmistakable harmony that was a hallmark for Philly soul. Their songwriting collaboration spanned decades.

These days, John is exploring his Greenwich Village-influenced folk roots, while Daryl has launched the web series, Live from Daryl’s House, which finds the superstar
singer-songwriter joined by artists from all walks of life. They all share one thing in common, Hall says: “They have soul in their hearts.”

We begin our Hall and Oates exclusive with Daryl Hall. 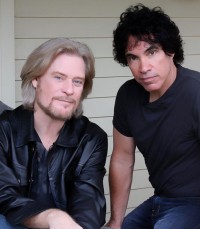 SheKnows: When you
sit down to put together a box set like Do What You Want, Be Who You Are, what emotions, feelings and thoughts race through your head?

Daryl Hall: It was a really unique experience. We never listen to our own work after we’re done with it — I don’t think any artists do. Sitting down and literally
going through every song that we’ve ever recorded — see what they are and listen to them in this big-picture type of sound– I got a unique, and for the first time, objective view of what it
is that I am. I heard myself as other people hear me. It was really eye-opening — or ear-opening, really. To be honest, it is a big story to listen to. I’m really glad that I got a chance to
do it.

SheKnows: Considering the millions of artists who have gone after the music business and the numbers who have produced something like a box set of the Hall and Oates breadth,
I would think the songbook that you and John have created is a source of pride.

Daryl Hall: That’s what I came away with: A great sense of pride and accomplishment that I’ve done something, made a mark — a unique mark. I realized after listening
to it that I had created a sound that was unlike anyone else’s. I hear its origins. Anyone who listens to it can hear its origins. It evolution has been very gratifying.

SheKnows: Looking back or even sitting here in the present, what strikes you about working with the artist John Oates?

Daryl Hall: Well, you know, I listen to John’s work as separate from my own.

Daryl Hall: Most of the time, John and I work separately. Take a song like She’s Gone. That is very much us together. But, that’s an anomaly. I think that
you’re really listening to two artists. You’re listening to the evolution of John Oates and the evolution of Daryl Hall. Every once and a while, they come together and write a song.
Most of the time, they’re working separately.

You know, I hear John’s evolution, too. His singing and writing in 1970 versus how he writes in the 1980s and beyond are interesting. I heard that objectively, too. You can’t really look at
us in relation to each other; you have to look at us as individuals.

SheKnows: So many of your songs have so much soul. Where does that come from? Was it something you grew up with?

Daryl Hall: Yeah, you’re hearing it. It’s all there on the box set. You’re hearing me at 17 years old. You’re hearing what I already had been steeped in —
the local Philadelphia soul tradition — from the first time I ever put my voice on a record. You hear it from John, too. That’s where we come from — we were part of the genesis of the
Philadelphia sound. We helped create it, moved beyond it and literally left the city because we had our own version of it. We started as part of the scene as a whole and then forged our own path.

Hall and Oates always gets to the soul of the matter

SheKnows: Are there soul artists now that you get excited about?

Daryl Hall: There are a lot. But, soul excites me in a lot of different ways. It doesn’t have to be what people think of as traditional, pure soul music. Soul singing can
apply to a lot of different arrangements and many singing styles. The people on Live at Daryl’s House all come from a soul place. Whether they’re rock singers or whatever they
are — whatever people label them as — they all come from the heart. 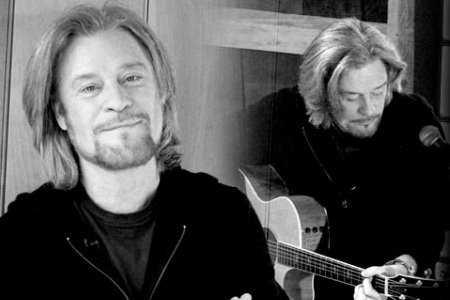 SheKnows: Speaking of Live from Daryl’s House — that has got to be pure joy for you!

Daryl Hall: It is the most fun and creative thing, I can’t even… I feel that I’ve started a whole new life for myself. That’s why I also think it’s a
perfect time for this box set. My life has been a series of full circles. The Hall and Oates experience has gone a full circle, and a new circle has begun. That circle includes John Oates, but
it’s also another way of dealing with my life musically. Live from Daryl’s House is certainly the best example of what I’m talking about it. I feel as if I am a brand-new
musician.

Up next: John’s view of the Hall and Oates experience! 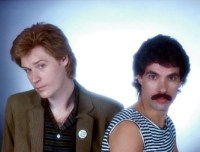 SheKnows: As I asked Daryl, hearing the entire Hall and Oates catalog in putting together the box set, did anything strike or surprise you about your work?

John Oates: I don’t think there was a surprise. But, there was certainly a reawakening to the fact that there’s depth to the music that goes so far beyond the hits that
we’re so well known for. I think that’s why you do a box set — to show the career and to show the depth and breadth of the songwriting. That’s what we’re really about. The
casual fan who just knows us from the hits would be very surprised if she listened to this entire thing. It’s an adventurous, wide variety of music. For the hardcore fans, it’s a
treasure to get some of the things that they don’t have in their collections. To me, that’s the magic of this box set. 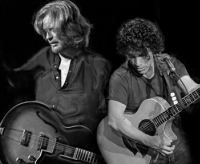 SheKnows: Daryl said he was
baffled as to why you guys didn’t play more of certain John Oates songs live or make singles of them. After listening to the set, how do you think your approach to songwriting has evolved?

John Oates: I’ve gotten better… Songwriting for me is like exercising. When I go away from it for a while, it’s hard to get started. Once I’m back in the
groove, it comes almost in a metaphysical way. It’s almost like I’m possessed.

That’s what happened on my solo album last year. I got on this writing roll that I couldn’t stop. But I think the motivation, basic style and writing never really changed.

Interestingly enough, as I’ve collaborated with other people over the years, I’ve found that songwriters tend to approach their craft very similarly. You hone your craft. You get better
with it and learn how to draw out a collaborator. I like songwriting better than any other part of music.

SheKnows: Even more than the studio work — and the putting it all together?

John Oates: The studio is more analytical and technical. You’re trying to capture a moment. Songwriting is the birth. It’s like having a baby. It’s where life
begins. 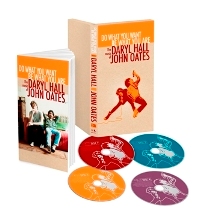 SheKnows: What does the term “Philadelphia soul” mean to you?

John Oates: It’s very interesting. Seeing how we’re so well known for being from Philadelphia, it’s interesting to note that I lived in Philadelphia for four years. Any
we never recorded an album in Philadelphia. Most of our albums were made in New York, and a few were made in LA. We’re never made an album anywhere else. Well, we did venture to the
Bahamas, but other than that, New York is where was all the music came from.

That being said, Philadelphia is our roots. It’s where the music of our youth was heard and created. Philadelphia soul is a very big branch on a tree of rock n’ roll. It has its own
point of view. Gamble and Huff are certainly the people who come to mind — it is them. They created it; they own it. They represent it well. We were part of that growing up. We were a
part of the Philadelphia soul world, but we elected to go on a different path. It was really more of a world view that we were interested in.

SheKnows: What out there or n your professional life still gets you excited?

John Oates: Songs… songs still get me excited. I love hearing new music by new artists. New songwriters, their points of view, the way they express themselves. I have my ear
to the ground when it comes to that. What gets me excited right now is all the new projects I’m involved in; I have a whole bunch — one of which is a track on an album coming out in early
November called The Village on 420 Records. It’s a compilation album by various folk artists of the folk songs that came from Greenwich Village in the early 60s. 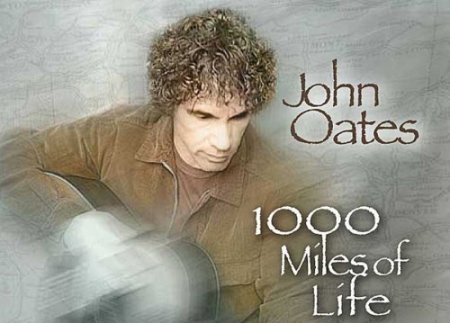 That was very important part of my life, long before I met Daryl Hall. I was into a lot of traditional American music. Folk and blues — that was my thing. That was the music I learned to play
guitar [with] and loved as a kid. I was asked to do a track, so I did an old Dave Von Ronk song in a very rootsy, kind of raw way.

Interestingly enough, the record company said, “Wow, would you like to do a whole album like this?” I said, “Yeah!” So, yeah, I’m really excited. For me, this is really going to complete a
circle. Being known as part of Hall and Oates — being known for the pop hits and for the whole legacy of the music that we made… I had years and years of music before that. It’s
not something I’ve emphasized over the years. I’m getting more into now.