Cheri, the film that marked Michelle Pfeiffer’s return to top form is out on DVD and Blu-ray October 20. We’ve got your inside look at some DVD video features as well as the SheKnows Entertainment review. 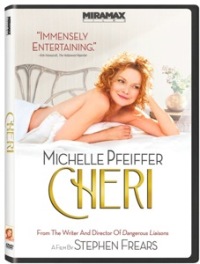 Michelle Pfeiffer has always been
considered one of Hollywood’s top actresses. Of late, Pfeiffer has not been seen on screen as much. You can imagine our thrill when
Cheri hit theaters this year and the forever A-list actress further cemented her place in Hollywood lore.

Sure, there are great performances and the film is a flop — both financially and in terms of quality.

With Cheri, the opposite is true. The film, from its’ lavish landscape to impeccable direction turned in by a building film legend Stephen Frears (The Queen, The
Grifters), meets and exceeds its lead actresses laid forth expectations. Pfeiffer is as we’ve mentioned, stellar as the aging courtesan who embarks on an affair with the 19-year-old son
of her former rival (played with as-usual panache by Kathy Bates).

The true find in Cheri goes behind the scope and the acting in the discovery of a new British talent who will certain be charming American audiences for decades — Rupert Friend, who plays
the titular character.

Cheri: what’s it about

The film follows a doomed love affair that scandalizes the dawn of 20th century Paris.

Paris is decadent and feeling fancy-free at the dawn of the 20th century. Lea (Pfeiffer) is an internationally known courtesan who agrees to educate the son of her former rival in the ways of love.
What happens surprises everyone involved — they fall in love. 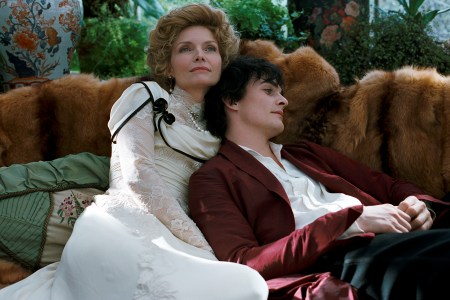 Cheri is based on the controversial Colette novel that riveted a nation upon its release.

Precious: an inside look at the early Oscar leader

Spike Jonze tells SheKnows about Where the Wild Things Are