In this day and age, celebs and Twitter seem to be synonymous with making headlines. Well, the former presidential candidate, John McCain, may be less than pleased to hear about his daughter Meghan’s voluptuous Twitter pic.

Meghan McCain, a blogger and columnist for The Daily Beast in New York City, apparently didn’t realize the cleavage photo would generate such a buzz that it has. 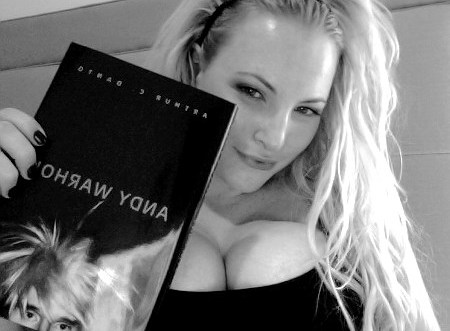 She wrote, “When I am alone in my apartment, I wear tank tops and sweat pants, I had no idea this makes me a ‘slut’, I can’t even tell you how hurt I am…seriously I was just trying to be
funny with the book and that I’m a dork staying in.”

She apologized for posting the photo and has received less than flattering feedback while others gave her praise. In fact, she may pull a Miley in due time.

You may recall Miley Cyrus recently left Twitter altogether and abruptly deleted her account. After several people reacted by calling Meghan a slut, she wrote, “Ok I am getting the f**k off
twitter, promise not to delete my account until I sleep on it, thank you for the nice words supporters.”

As the blogger apologized for posting the photo, it hasn’t been removed yet. If any good can come from the influx of both positive and negative attention, Meghan has probably gotten free
publicity for her writing on The Daily Beast. She began to emerge in the media spotlight in 2007 for her blog, McCain Blogette, which dished about life on the campaign trail as she infused
her thoughts on fashion, music and pop culture.

Is Jennifer Aniston back with John Mayer