Last January, Taylor Swift showed off her pipes on SNL, but this time, she’s signed on for the double whammy!

“I get to host and perform on Saturday Night Live, and that was a dream of mine since I was little,” Swift enthused to the Associated Press. “The fact that they asked me to host
is just mind-blowing for me.” 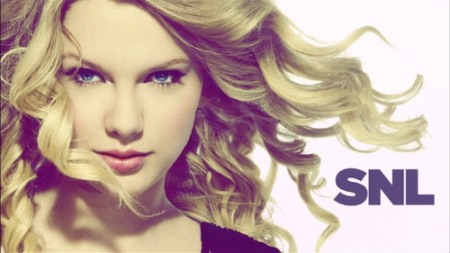 The 19-year-old megastar, who recently beat Michael Jackson out for most AMA nominations and is sure to clean up at the Academy of Country
Music Awards the same week as her SNL appearance, admits she’s had trouble keeping her lips sealed about her upcoming hosting gig.

Having known since this summer, however, she’s made the most of the heads-up by going back and re-watching old SNL episodes.

“I’ve been thinking of skit ideas for a long time,” she reveals. “There are definitely a lot of hilarious things that have happened to me over the past couple of months that I think will be pretty
substantial skits.”

Hmm…. Like, say, having Kanye steal her spotlight at the TV Video Music Awards, perhaps?

There’s been much press about her getting a laugh at his expense, but Swift has said she’s accepted his apology.

Sheknows wonders if she has it in her to get Kanye in for a surprise appearance – not to mention whether Kanye would have it in
him!

Whatever Swift gets into, she definitely has her eye on Andy Samberg, because, she says, “Digital shorts would be so much fun to do, because they’ve been done so well.”

Her SNL episode is set to air November 7, and those who caught her Country Music Television Awards rap with T-Pain aren’t worried about whether she has the chops to carry the legendary
comedy show.

Michael Jackson’s new single: This is It