Ivanka Trump has put pen to paper and published The Trump Card: Playing to Win in Work and Life. The daughter of one of the most famous billionaires in the world phones SheKnows from her New York City office where she serves as Executive Vice President of Development and Acquisitions at the Trump Organization. 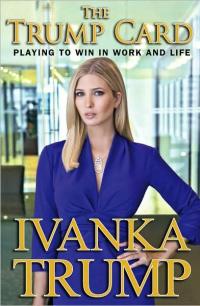 Ivanka attended her father Donald Trump’s alma mater, The Wharton School of Finance at the University of Pennsylvania, and then struck out on her own before securing the executive position at her father’s company in her late twenties. The younger Trump speaks to the challenges, not only having to prove herself as a Trump, but also as a woman in the male-dominated field of real estate.

SheKnows: What in particular compelled you to write The Trump Card at this period of your life?

Ivanka Trump: For two reasons, I received a lot of correspondence after starting to appear on the Apprentice from parents who were inquiring how my parents instilled in us a sense of drive and work ethic — both my brothers are doing a great job. I also received many parenting type of questions, which made me reflect a lot on decisions my parents made throughout my children and into young adulthood. Simultaneously I received a lot of letters from people’s children asking basic career advice. Looking at the marketplace, there really isn’t a source of information told from the viewpoint of somebody who remembers the anxiety of finding a new job — someone who remembers the fear of graduating from college and joining a family business and someone who had the experience of working in a male dominated field.

Ivanka Trump: Most of the literature is either the story a 60-year-old man’s career or the female experience shattering through the glass ceiling. Nobody was writing for a younger audience — almost in a peer-to-peer older sister type of way.

SheKnows: When you finished the manuscript for The Trump Card, did you show it to family?

Ivanka Trump: I did, I gave everyone copies. But, I wanted this to be my musings. A lot of these stories are shared stories and experience from my parents. They, and my brothers, are very much a part of this book. I also wanted to reach out to individuals who I respect who come from different backgrounds. 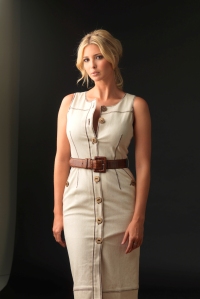 SheKnows: Yes, the Bulletins from My BlackBerry section…

Ivanka Trump: Yeah, from Kathy Black to Russell Simmons, I ask them: what was the advice they were given early in their careers that had a profound affect on them going forward? I learned a lot through their answers.

SheKnows: What struck me most about the book and your story, Ivanka, is you could in any number of directions in your career. But you chose a path is not going to be easy, even with your last name.

Ivanka Trump: That’s right. I believe my last name has afforded me a tremendous advantage and obviously there are challenges associated with that as well, but for the most part the privilege and advantage outweighs that. With that said, that gets your foot in the door, but to push it open and gain the respect of people within my industry, you know it takes a lot more than having a last name.

SheKnows: What do you think it is about your upbringing that you and your brothers were all driven to go into the business rather than a life of philanthropy or other endeavors?

Ivanka Trump: We wouldn’t have had the option to enjoy an inheritance (laughs). We did not have trust funds growing up. We were never led to believe that we will be supported in living a life of luxury without purpose. Not that we had to go into the real estate industry, we could have been teachers and my parents would have been very happy. But, they certainly wouldn’t have allowed us to spend our summers vacationing in St Tropez. My parents have been very careful to make sure that we didn’t have a sense of entitlement that is so prevalent in children of privilege.

SheKnows: And children of all economic situations, really. It seems, these are challenging economic times, but it is also extraordinarily difficult for a young woman trying to get her foot in the door.

Ivanka Trump: I spend a considerable amount of time talking about basic interviewing skills because in speaking with my friends and interviewing young people, I realized often the simplest, most obvious things are overlooked. I talk quite a bit about how to make an impact in the interview process and how to maximize your chances, from the standpoint of someone who not too long ago was in the opposite seat — when I was interviewing with companies prior to joining the family business. But also, I also talk about how to make an impact within your environment at work. Given today’s economy, you have to be indispensable, otherwise you’re dispensable. We all see what’s happening in terms of layoffs and that’s not somewhere you want to be. 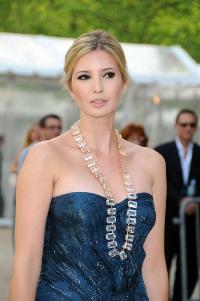 SheKnows: Lastly, they say everyone is replaceable, but how do you think you can set yourself apart and come close?

Ivanka Trump: They say the field of Normandy is filled with indispensable men. I think that there’s a lot to that. But, I think that obviously, being young, you lack a certain level of experience which puts you in the category of less valuable. There are ways that we can do things to bridge that divide such as commitment to what we do. Taking on assignments that no one else will (laughs), showing your employer you’re willing to step up to bat and be a team player. I go into the office every Sunday and I appreciate it when other people are there as well. I notice who those people are putting in the extra effort. You may not have the same level of experience, but that doesn’t mean you can’t work harder. It’s also very important that the person making decisions knows the value of your contribution. I think too often, there’s an assumption on the part of an employee that employer knows how and where they’re committed. That’s often not the case.

Read on for more author interviews