In our continuing American Idol interviews with the top 12 from season five, finalist Kevin Covais checks in with a first-hand account of life as part of what many consider Idol’s best top 12 ever. 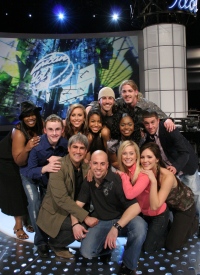 From Daughtry,
Katharine McPhee and Taylor Hicks — the Soul Patrol man who won the season five title of American Idol — the fifth Idol go-round “had something for everyone,” Covais
proudly stated.

SheKnows: It may be hard to quantify, but how has life really changed since you were on American Idol?

Kevin Covais: Oh, wow. I guess the simple answer would be tremendously. Just the direction my life has taken since the show versus the direction I thought I might go
in…I was a kid in high school, 16-years-old, and I’ve made it a million times farther than I ever thought I would.

SheKnows: You were kind of the Cinderella story that season.

Kevin Covais: I’d have to be the first to admit that — making it into that top 12 was a surprise and a thrill.

SheKnows: That season is going down as legendary. Being in that world, musically and artistically, had to be pretty inspiring.

Kevin Covais: That was huge. That’s the year. I’ve been a fan of Idol since Kelly Clarkson won the show, day one. My mom and I were huge fans, I was 12 years
old. I told my parents that when I got old enough, I wanted to try. Sure enough, I auditioned for it when I was 16. Never did I think that I would be part of — not in my opinion as a member, but
as a fan — the best top 12 American Idol has ever seen. There was such diverse talent, like you said — legendary status. There was someone for everyone to love. Go down the list from
(Chris) Daughtry to Elliot (Yamin) to Taylor who won it all to Katherine… there were so many people on that season who were so talented. I was really lucky to be a part of that.

SheKnows: What have you been doing since you left the Idol stage? 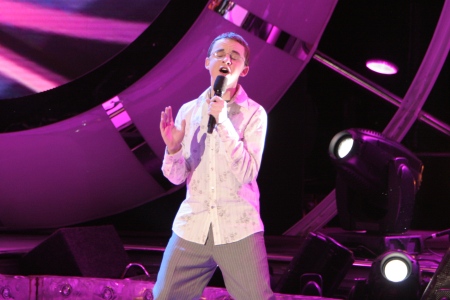 Kevin Covais: I’ve been pursuing music and acting, as well. I never thought those were things I’d be doing at the age of 20. I thought I’d go to college, get a
regular job. Idol changed things up for me and gave me the opportunities I never would have had.

SheKnows: With American Idol Rewind season five airing this fall in syndication, how does it feel to look back — rewind, so to speak?

Kevin Covais: It’s so exciting to me — I don’t think I could fully appreciate it when the shows were live because it was such a rush and I was living in the moment.
Now that they are repeating the show — now that it’s a global phenomenon — taking a step back and watching how the season unfolded is such an honor. I’m really blessed.

SheKnows: Lastly, if you could meet and collaborate with any artist, who would it be?

Kevin Covais: It’s really hard to pinpoint it down to one. One, I had the pleasure of meeting while I was doing the show. and is someone I look up to: Michael Buble. He is
tremendously talented. The other would be Josh Grobin. The song I auditioned with on American Idol was You Raise Me Up. I’ve been singing that song since I was a little boy.
To have the chance to meet him one day and to work with him would be incredible.