Wednesday is ladies’ night on television this fall, with a lineup that includes ABC’s Cougar Town and Eastwick, Fox’s Glee and So You Think You Can Dance, and the CW’s America’s Next Top Model. SheKnows previews all the big Wednesday shows with video previews and a few clues as to what’s what on tonight’s top shows starring Courteney Cox, Rebecca Romijn, Tyra Banks — and the scene-stealing Jane Lynch of Glee! 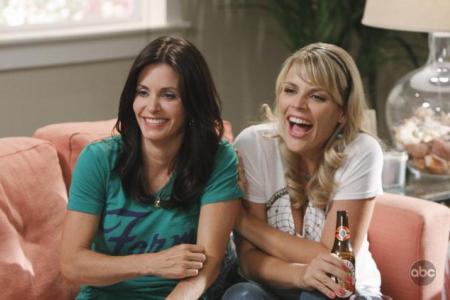 ABC has a certified hit on its hands with Cougar Town. The show has been picked up by the network for the full season and has reason to celebrate: The show is smart, sassy and silly-funny
as no other program is this year!

Tonight’s episode: I Won’t Back Down (ABC, 9:30) — When Jules inadvertently tells Grayson he’s hot and he doesn’t reciprocate, she’s on a mission to get
him to admit she’s sexy. Also, with a little help from Laurie and Ellie, Jules uncovers the ultimate burn to put Grayson in his place. Meanwhile, Ellie is feeling like she’s lost her looks after
the birth of Stan, and Bobby and Travis search for something over which to bond. 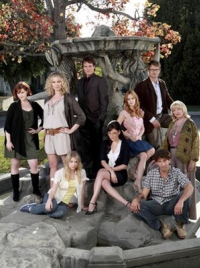 Tonight’s episode (ABC,
10:00): Darryl pleads with Roxie to discover more about her elusive new neighbor, and she winds up making a mysterious discovery. Terrified by Raymond’s threat to take their
children, Kat decides to go on the offensive and finally accepts the help of Darryl’s divorce lawyer. Meanwhile, Joanna has her long-discussed date with Will. But when her ex-fiance shows up
unexpectedly (never a good thing), things don’t turn out as she had planned. 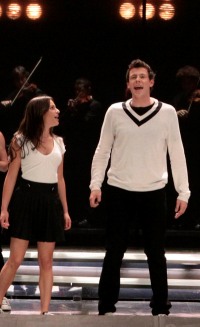 Tonight’s episode: The Glee cast jams its way through Jill Scott’s Hate on Me, The Supremes’
You Keep Me Hangin’ On, and Jordin Sparks’ duet with Chris Brown, No Air.

Tonight’s Glee features Jane Lynch as Sue forcing the Glee Club members to compete against each other. The real cause of celebration on tonight’s Glee arrives when
Will (Matthew Morrison) and Sue get called to the principal’s office.

Only this Fox hit could create the mastery that is October 7’s episode featuring a mashup of music from Bon Jovi and Usher’s Confessions. Check this
out:

SYTYCD continues its first fall run. Don’t miss Reality TV Magazine for full coverage of the runaway hit that is So You Think You Can Dance.

What TV Wednesday for women would be complete without a little Tyra Banks and America’s Next
Top Model on the CW? Watch our preview!