Michael Jackson’s dead and of course his music lives on, but that is no more true than now with his new single This is It. This is It is not only prophetic but also the theme song from the documentary premiering October 28 chronicling Jackson’s final hours.

Jackson’s first posthumous single will also be from an upcoming two-disc CD to accompany the This is It documentary of Jackson readying for his 50-performance London shows. The CD arrives October 27. 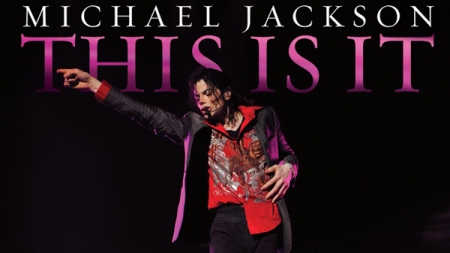 The track is a ballad that recalls many of Jackson’s previous hits. Whether it will strike an audience anew is another question. But, with the fact that this is the first new Michael Jackson
material available since his death, count on the song becoming an instant smash.

The song is all Jackson with his whispery vocals and catchy baseline. This is It opens and closes the October 28 film. A few sample lyrics from the latest Michael Jackson track is — again, there is no better word — prophetic.

“This is it. Here I stand. The light of the world. I feel grand.”

This is It, the single, debuted online this week and SheKnows has your first listen to the Jackson single. The airwaves had new Michael Jackson once again all over the world and the
response from radio has been one of overwhelming demand.

Jackson’s theme song from his documentary will likely not be the last previously unreleased song audiences hear from the King of Pop. “Long-lost” tracks from Elvis Presley to John Lennon have made their ways to the airwaves for decades.
And let’s not forget the most prolific of all the deceased recording stars out there — Tupac — who has managed more number one records after his death than prior.

SheKnows cannot stress enough, if you wish to see This is It the film, buy your tickets now! Many showings during the two-week limited run are already sold out.

Michael Jackson’s single: This is It