These were the top entertainment news stories for the week ending October 9, 2009. 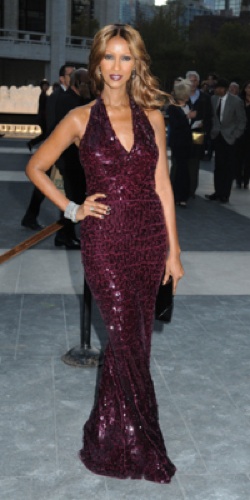 Iman defies time and shows why she was one of the first black supermodels, posing at the American Ballet Theater’s 2009 Fall Gala. Radiant skin, amazing hair and a sparkly slice of a gown help Iman
look a good 15 years younger than she is. Love how the gown is clingy and low-cut, yet really doesn’t reveal much at all.

What better way to show your love and concern for your kids than to steal $230,000 from their mother? Jon Gosselin told TLC they couldn’t film his kids anymore, then cleared out a bank account held jointly by him and soon-to-be ex Kate Gosselin, in clear violation of a court order. A judge’s ruling on the matter
has been held up due to a death in his family, but until then how is Kate to pay for her highlights?

Funnyman Tyler Perry let fans in on a not-so-funny secret: he was the victim of an extremely abusive childhood, suffering at the hands of his father, grandmother and other adults he should have
been able to trust. Perry’s revelation came after watching a screening of Precious, which details a girl’s struggle to escape the same kind
of horrifying life from which Perry escaped.

Shock! Horror! Miley Cyrus abruptly deleted her Twitter account because her boyfriend told her to. Think we can get him to tell her
to quit the biz and move to Siberia?