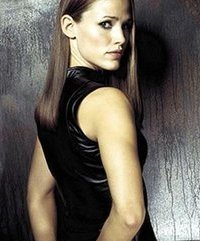 Sydney Bristow kicks old-fashioned television butt. There is no other way to put it. Jennifer Garner instantly became a
sensation in 2001 when her Bristow burst on the television screen

As an CIA-type agent working alongside her father, Garner achieved a marvel.

Her Sydney was equal parts pinup for the guys with an overwhelming amount of super spy abilities to impress a female audience to make her a model for the powerful woman.

Garner’s Sydney and the Alias show never quite hit the groove it needed to become a long-standing hit. It only ran from 2001 to 2006, but in that time Garner proved a powerful
actress capable of carrying a complex, romantic and adventurous story with equal parts power and panache.

Beyond anchoring the show from a titular nature, Ellen Pompeo’s Meredith Grey is simply a study in the world from the point of a view
of one woman, in one city, with one set of circumstances. Yet, where Grey’s Anatomy goes from primetime soap to passionately followed primetime top 10 smash of the 2000s. 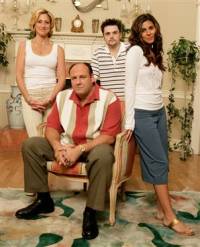 ony Soprano on The Sopranos

The mere mention of Tony Soprano’s moniker conjures up images of hundreds of millions, even if they have never witness a single episode of The Sopranos.

In 1999, HBO launched the mob drama that was unlike anything ever produced about the Mafiosos and the women who love them and the children who look to them.

James Gandolfini was the Godfather of television from 1999 until the show’s bow in 2007. What makes Gandolfini’s Tony so gripping is his multilayered complexity that had been until
then, previously unseen on a fictional mobster.

First, there is the family in the suburbs. The wife, the two kids – one boy, one girl – the two cars and the garage. Tony Soprano has the American Dream works.

Quickly, audiences realize this is no Brady Bunch. But, with the power of Gandolfini’s Emmy-winning performance as Tony, Boss Soprano has crippling vulnerabilities that makes him more human
than any other crime character in television history. 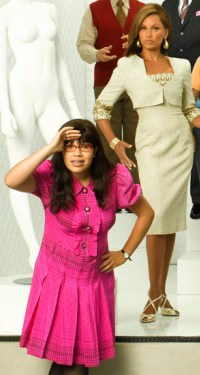 Sure, Tony visits a therapist, but that is only
one spoke in the wheel that is the complexity of a man trying to make a living, support his wife and family, deal with his mother issues, fend off threats from work that seek to unhinge his
family’s security, teenage children failing at resisting their raging hormones and independence urges, that is exactly why the layered performance by Gandolfini as Tony is a titan of
television history.

Ugly Betty is another terrific ensemble television staple of the decade. Yet, there is a yin and yang of awesomeness that is both
Wilhelmina Slater as portrayed by Vanessa Williams and America Ferrera’s Betty Suarez.

Willimeena is so inherently band while Betty is beautifully good. Willimeena’s boardroom bodacious behavior is such a compliment to Betty’s Bronx-based beautiful world.

SheKnows wishes they could give two Emmys to Williams and Ferrera. Without these two working together through the myriad of Mode, Ugly Betty would barely stand.

Because audiences have both characters anchoring the cast, Willimeena and Betty are one of SheKnows best TV characters of the decade. 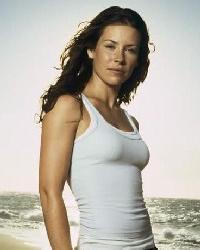 Kate does what she has to do to survive. Yes, we’re chatting Lost, so that could mean a plane crash. Kate survives one of those, actually two!

Kate Austen is special for the decade of television that is the first decade of the 2000s because of the way her story has unraveled over five years as she murderously stuck up for her ungrateful
mother to the radical change of Kate from fugitive to fawning mother with Evangeline Lilly at the wheel of character development is pure bliss.

So much of Kate’s cauldron comes from her reaction to an emotional situation. Back in the United States in flashbacks or flashforwards, Kate navigates a road that keeps her storyline pumping
in another ensemble piece where it would have been easy to be Lost.