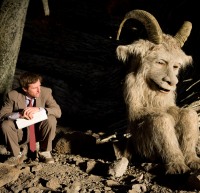 Through the eyes of a child

SheKnows: You could have filmed Where the Wild Things Are with a ton of computer generated effects. Instead, you’ve crafted a film using live action creatures on a
backdrop that is most definitely organic and not created on a desktop.

Spike Jonze: We wanted it to feel like we were taking this nine-year-old seriously. He’s going to go place – not some fancy version of it – for me, it connected
for me to really be there with these wild animals in nature in the forest or beaches. Sand, dirt and leaves in their hair, have that level of reality to it, would make it more dangerous — make it
more exiting because you’re really there.

SheKnows: Where the Wild Things Are is also a true children’s film in the sense that the audience feels it is along for Max’s Wild ride.

Spike Jonze: The whole movie is shot from a point of view where you’re discovering it with him. Every scene in the movie is from Max’s point of view. We tried to also
give it its wonder where it was relevant to the story where Max wakes up in Carol’s arms where he’s carrying him through this forest with beautiful leaves falling everywhere, those
moments have their place. Hopefully, it is more wondrous than spectacular. 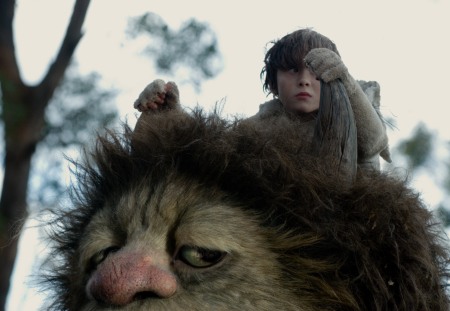 SheKnows: How does one as a filmmaker generate that youthful wonder with a camera?

Spike Jonze: It wasn’t necessarily an easy shoot. It was very complicated. We made a series of decisions early on – real live action, on location with a boy in the
middle of it all — that was a very challenging way to shoot it. Once we made those decisions we decided to take whatever came with that — the wildness of that way of shooting.

Anna Faris dishes Cloudy with a Chance of Meatballs