Spike Jonze sat down to discuss the difficult task of bringing Where the Wild Things Are from the page to the screen. 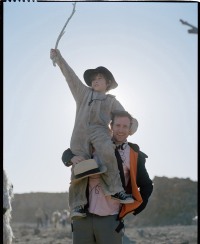 Jonze’s
film is certainly his most ambitious. Watching the filmmaker speak about his masterwork, the excitement he emits is that of a young boy. Considering Where the Wild Things Are centers
around a nine-year-old, this combination of director and children’s book is most certainly a match made in heaven.

SheKnows: What would you like parents to take away from the Where the Wild Things Are experience?Spike Jonze: I didn’t…I didn’t have any thoughts. What did you take out of it?

Spike Jonze: I don’t know what to take away from it. I’m not sure. I think anyone can take away whatever they feel. The one thing I would hope is that there is some
conversation — that a parent may be able to talk to their kid in a different way. To ask their kid what they think. I think, not like worried about how they’re going to turn out. Worry about
them being curious about who they are…

SheKnows: Spike, there are numerous challenges when you set out to make a film based on a book. Then, there are the difficulties in bringing a beloved children’s book to
life. What about the giant wall that has been put around the idea of making a movie out of Where the Wild Things Are? Yet, the film
feels quite intimate and low pressure.

Spike Jonze: We were just trying to make a movie that deals truthfully about what it feels like to be nine-years-old. As you’re growing up, your emotions are just as deep as
an adult. Your sense, your ability to feel lonely or to have longing or confused or angry, those are just emotions as deep. We don’t feel things more as we get older; we just have an
understanding of how to navigate those feelings. We have a better sense of how to navigate our relationships and separate our emotions from our relationships. 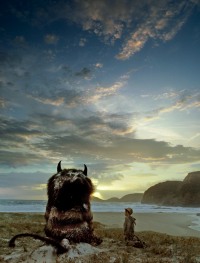 “I don’t think this is a dark movie”

SheKnows: What about some who may say it’s a dark film. It is PG, parents do need to know that.Spike Jonze: I don’t think this is a dark movie. It has moments that are intense for sure.

SheKnows: What were your goals in the segment at the beginning of the film set in reality with Catherine Keener and Max Records, before Max heads off to the Wild Things.

Spike Jonze: The way we wrote that at the beginning was to not over-think it too much. We tried to write it really intuitively at the beginning. We wrote from our gut. Later, it
came a little more laborious in terms of editing and shaping it more. We tried to approach it the way a kid’s intuition approaches things. We tried to do a lot of things that way. The music
was written in that sense. Not analytically, intuitively. We tried to keep that spirit of not over-thinking it too much. I think my other movies are much more analytical. This one, because the main
character was nine, I wanted to turn that part of my brain off and not approach it cerebrally.

Up next…Spike talks about how to effectively bring a children’s film to life — tell it from their point of view!