With the explosion of procedural dramas and Reality TV around the turn of the century, our primetime soaps and sitcoms took a hit. This season with Grey’s Anatomy and its ilk, however, there’s a dearth of juicy serial dramas to choose from — and most of them rock! 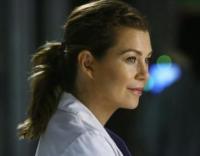 With NCIS, Sunday
Night Football, Dancing With The Stars and NCIS: Los Angeles holding the top ratings spots so far this season, the networks are luring us back to the dramas by building off
formulas that work — lucky for us!

The surprising hit of The OC back in 2003 was a clear predecessor to today’s guilty pleasures Gossip Girl, not to mention our returns to 90210 and Melrose Place!

Vampire Diaries also jumped into the teen scenes this season, getting a boost by also playing to the vampire craze.

Check out a preview the Vampire Diaries:

Using another tack, Desperate Housewives took the market by storm by going uber camp and was soon followed by wacky telenovela Ugly Betty. Glee is our camptastic addition
this season, while it also taps into the nation’s dance and music obsession. 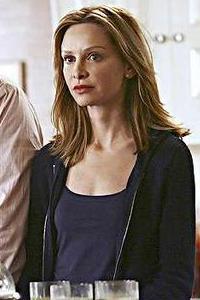 Recognizing the turn of the tide a
few years ago Grey’s Anatomy burst on the scene as a full blown soap.

Going pure formula, it’s the only prime soap that’s in the top five this season, and also spurred the hit spinoff Private
Practice.

That same formula works for Brothers & Sisters, and NBC is hoping to cash in with some family drama in the upcoming series Parenthood. Though it’s clearly based on the movie
of the same name, it’s hard not to compare it to Brothers & Sisters.

Eastwick may not fit exactly into these molds, but can also be traced back. Along with vamps, magic and mayhem are all the rage these days.

Couched in that supernatural fun, this show makes us think Charmed, which held a place in primetime and our hearts for eight-years. There’s also a touch of Wisteria Lane to the drama.

Meanwhile, The Good Wife walks the line between soap and procedural dramas, like Medium and Ghost
Whisperer before.

That may be how it landed a surprising 12th place spot in the ratings, beating all the prime soaps except Grey’s Anatomy.

Truth is, it’s a bit early in the season to talk
long term numbers, but we’re a discerning bunch these days. Bad news for shows that fall short, like The Beautiful Life which has already been canceled.

Apparently, the nets are learning it’s about quality, not quantity, which is fine with us. SheKnows is loving the renaissance and expects more good things to come – as long as we all keep
tuning in!

MTV will air DJ AM’s reality show after his death

The cast of Grey’s Anatomy talks to SheKnows