An arrest warrant has been issued for Michael Jackson’s doctor for failure to show up for a child support hearing.

Dr Conrad Murray was due to appear at a child support hearing with his baby mama Nenita Malibiran, who claims the doc owes more than $13,000
in back payments. Murray was a no-show, and now the Family Law court is issuing a bench warrant for his arrest. 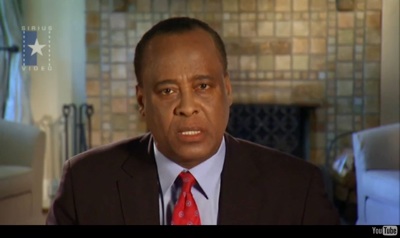 Malibiran obtained a judgment against the doc last month in San Jose, CA for $13,311.47. The judgement was sent to the Los Vegas DA’s office, which enforces such out-of-state judgements. Murray was
supposed to appear before a hearing master in Vegas, who would recommend an appropriate legal action to a judge — but Murray was nowhere to be found.

Murray now has ten days to come to court and deal with his deadbeat ways or he will be arrested.

This is just the tip of the iceberg when it comes to Murray’s problems, though. The DA also says they will ask for Murray’s medical license to be suspended. And Murray isn’t even close to being of
the hook for Michael Jackson’s death — quite the opposite. The investigation into what the LA County coroner ruled a
homicide is scheduled to wrap next week, and Murray is the only target.