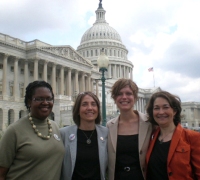 With all the media attention on David Letterman’s sex scandal and tale of blackmail, the Late Night talk show host hasn’t actually taken much flack. In fact, with him painted as the apologetic victim, his ratings have gone up!

Yesterday, NOW President Terry O’Neill took a stand, releasing a statement of concern and reminding those who somehow missed the mark that Letterman should be held accountable.

“He is a multi-million dollar host of one of the most popular late-night shows; in that role, he wields the ultimate authority as to who gets hired, who gets fired, who gets raises, who advances, and who does entry-level tasks among the Late Show employees,” O’Neill wrote.

“As ‘the boss,’ he is responsible for setting the tone for his entire workplace — and he did that with sex. In any work environment, this places all employees — including employees who happen to be women — in an awkward, confusing and demoralizing situation.” 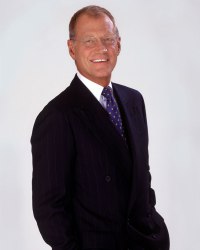 While SheKnows said from the start that we were not impressed with Letterman’s behavior, most outlets haven’t passed judgment and O’Neill took a moment to note how the resulting media message only confuses the issue.

“Television and news reports appear to make it okay to objectify women as long as the man in power is famous. He can crack a few jokes and publicly apologize for his mistakes,” she wrote. “It is this kind of hypocrisy that perpetuates the image of men in power preying on women, while many look the other way.”

SheKnows was actually surprised it took so long for NOW to speak out, but it likely goes back to what we said yesterday about Letterman “getting out in front of it.”

Now, O’Neill is calling on CBS to catch up and take action against or with Letterman, but she snidely concludes, “With just two women on CBS’ Board of Directors, we’re not holding our breath.”