Heath Ledger’s final film trailer has premiered for The Imaginarium of Doctor Parnassus. SheKnows has the eye-popping preview that features a final look at the Oscar-winning actor before his accidental drug overdose death. 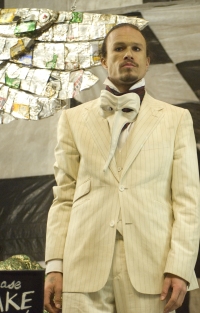 The Imaginarium of Doctor Parnassus is
a Terry Gilliam film and as such, audiences can expect a full-body experience. The creator of Fear and Loathing in Las Vegas to 12 Monkeys always crafts a world just below the
surface of reality and slightly above what you have ever seen on screen.

For Gilliam, the challenge of creating a film was made exponentially worse by the death of his star.

Ledger passed away prior to completing The Imaginarium of Doctor Parnassus. Four other actors stepped in to fill in the void of
their gone-too-early comrade.

Ledger’s final film is set in present-day and tells the tale of Dr Parnassus and his traveling show — the “Imaginarium”
— where his audiences choose to replicate the emotional spectrum. They can feel gloom to glee, darkness to light.

Behind his gifts of fulfilling emotional fantasies for thousands, lies a dark secret for Parnassus. Seems the good doctor made a deal with the devil a few millennia ago that gave him immortality.

Then, centuries later, he signs another deal with the devil to ensure a youthful appearance for his eternal journey. 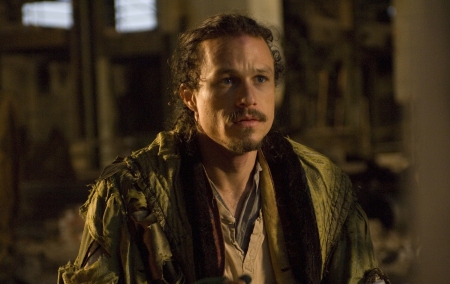 His daughter Valentina is about to hit the age of 16, normally a time for celebration. For Dr Parnassus, it unfortunately means the arrival of the one thing he owes the devil from all his
dealings — his daughter on her 16th birthday.

In this captivating, explosive and wonderfully imaginative race against time, Dr. Parnassus must fight to save his daughter in a never-ending landscape of surreal obstacles — and undo the mistakes
of his past.

The Imaginarium of Doctor Parnassus trailer

Inside Where the Wild Things Are