Elizabeth Taylor will have heart surgery to repair a valve, the actresses Tweeted. 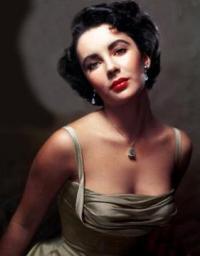 In this day and age, it seems celebrities – no matter how big or small – are turning to Twitter to get out their message. Sure, they still employ publicists but there’s nothing quite like getting their own messages to their fans directly.

Such is the case as the 77-year-old Elizabeth Taylor. This afternoon on her Twitter page she wrote, “Any prayers you happen to have lying around I would dearly appreciate. I’ll let you know when it’s all over. Love you, Elizabeth.”

Apparently the operation involves repairing her leaky valve using a clip device. It won’t involve open heart surgery and the purpose is for her heart to function better. Although it’s unknown as to when or where the treatment will occur, she beat the papers to the punch to disseminate the news herself. She tweeted, “I am going into the hospital to have a procedure on my heart.”

As fans hope her recovery will be a smooth one, leaving the hospital as a successful patient is nothing new to Taylor. You may recall in February 1997 she entered a hospital in order for a brain tumor to be removed. Her public appearances have been somewhat limited and apparently she was devastated when close friend Michael Jackson passed away this summer.

The starlet is accustomed to making headlines whether it’s for her health or relationships or yes, her career. In addition to her on-screen prowess, Elizabeth Taylor has been in the news throughout the decades for her numerous marriages. In 1950 she wed Conrad Hilton, Jr. only to divorce a year later. She married Michael Wilding the following year and had two children; their divorce was final in 1957. The following month she tied the knot with Michael Todd and had one child. He died the following year.

In 1959 she wed Eddie Fisher, divorced him and married Richard Burton nine days later. She and Burton remained a couple for ten years and had one child. They divorced, remarried and then divorced. In 1976 she married John Warner. They were married for six years before divorcing. In 1991 she wed Larry Fortensky. That marriage lasted for five years.