FlashForward star John Cho and SheKnows go way back. Well, this summer back as the talented actor talked exclusively about his summer hit Star Trek. Cho is on television this fall in FlashForward as the one character whose future flash failed to materialize. 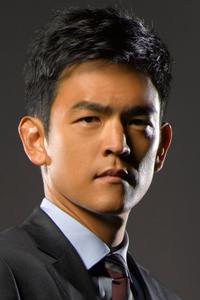 What does it mean? Will Cho’s Demetri
Noh, an FBI agent who lives in LA with his fiance Zoey, die in the future that every other soul around him witnessed? As anyone who has witnessed Cho in JJ Abrams’ Star Trek knows, the actor is equally accustomed to powerful acting moments as extreme action.

Starring alongside Oscar-nominee Joseph Fiennes as Mark Benford, Cho reported to SheKnows a kinship that also for him, bordered on mentorship. Fiennes plays Cho’s FBI Los Angeles partner who
is deeply weaved into the fabric of the plot that has only had its’ surface scratched.

SheKnows: Hello John, it’s good to catch up with you again. We caught up at the Four Seasons talking Star
Trek a few months back.

John Cho: Sounds very glamorous when you hear it heard back.

SheKnows: You ever notice in a lot of entertainment interviews, they always say at the Beverly Hilton, he walked in wearing…you know, that’s why.

SheKnows: It was very nice. When I heard you were on FlashForward the expectation meter went through the roof.

SheKnows: What first, other than this thrilling pilot and premise, first drew you to FlashForward? 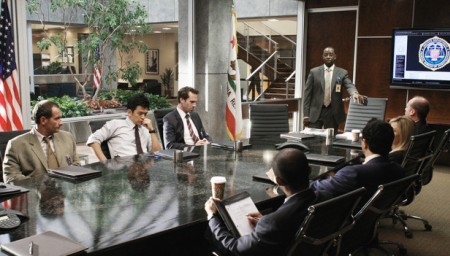 John Cho: It was the writing. It was high quality writing. I just remember being impressed by a blend of a big idea and the big philosophical questions raised by the pilot and the
deftness with which David Goyer (creator) weaved in the personal insights — these little details that brought those big ideas to life. I thought was an excellent combination. Then, I met with
them. The game was over.

SheKnows: (Laughs) Now for you as an actor, when you get a film script or even a guest starring role on a TV show like How I Met Your Mother, you pretty much know
the character’s arc — beginning middle and end. On television no one really knows where it’s going, but on FlashForward, it is truly a mystery. Was that an added challenge for
you? 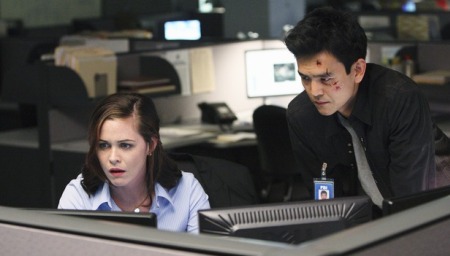 John Cho: Yeah, I started out being really worried about it thinking how do I play this? I have since learned to stop worrying and go with it. It’s been fun. Providing
there’s no bombshell that changes all of my history. It’s been useful to go blank slate style — one thing at a time. What’s nice about a show like this, you work towards
something — a huge transformation is coming. The nature of this show allows a character to develop and change as the weeks go on. So, it’s been freeing.

SheKnows: I would also think that your character in particular, there’s a mystery around every character, but you — you are an enigma. Your character has no
FlashForward. Perhaps he dies in the future? That must have been extra appealing. 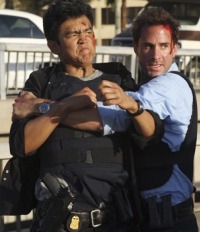 John
Cho: It was, I was excited by it. I thought if I’m excited by it, then other people should be excited by it. The pull I was interested in was that combined with having to tell, or
not tell the wife at home. How do you change if possible?

John Cho: Indeed, if he feels he is going to die, then can he alter that future?

SheKnows: As an actor, that’s a whole lot to wrap your head around, isn’t it?

SheKnows: Well, I would disagree with that. You are a fantastic actor and speaking of terrific thespians, you star alongside one of our favorites, Joseph Fiennes, another great
film actor who has jumped to television.

John Cho: It’s been fan-freakin-tastic. He’s a great guy, first off, which is for me where you start. Getting along as people, you can work together. He obviously, is
an extremely capable, talented actor who works very hard. I’ve certainly learned that lesson from him to keep up with his effort level. On top of all that talent, he works really hard.
It’s been a great experience. We have lot great, talented, experienced actors. It’s been an educational experience for me.

SheKnows: Lastly, when spoke about Star Trek, it had not come out yet. One of the things that struck me about our
talk is how much it meant to you to play Sulu. Now that Star Trek is out and if I may say, everyone loves your Sulu, how’s that been for you knowing you hit it out of the park? 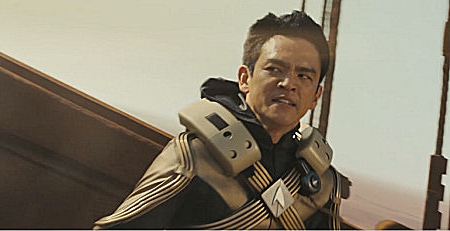 John Cho: I’ve been enjoying, I’ve actually been staying home a lot since the movie came out ’cause I was so exhausted from the publicity tour. The thing
that’s been the most memorable for me in the wake of that movie is going around my neighborhood and meeting little boys who have seen the movie and seeing their eyes light up. It has been a
lot of fun.

SheKnows: Well, John, thanks for your time and all the best for continued success.

SheKnows: Thanks John, you too.