You might say chick lit carries a lot of stereotypes — not necessarily bad ones — but you’ll often find the pink covers, designer shoes and the heroine finding “the one” in a sea of many. But the range of plotlines is really quite vast, and sometimes life-changing accidents and a character who discovers or rediscovers herself are still what a fan of the genre loves and wants to read. 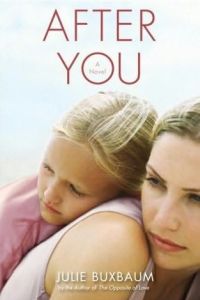 These types of plotlines are what you find in Julie Buxbaum’s new novel After You and in Sophie Kinsella’s 2008
release, Remember Me?

Something New in After You

In After You, Ellie Lerner’s life is complicated enough on its own. She has spent the last two years mourning the loss of her baby son, Oliver, and pushing her husband further and
further away in the process. Now she is in London to help care for her best friend’s 8-year-old daughter, Sophie, an intelligent young lady who just happened to see her mother’s
gruesome murder.

The grief of losing Oliver is still fresh enough that, by adding the trauma of losing her best friend to the mix, Ellie creates an almost alternative, new life for herself that helps her cope and
avoid at the same time.

Something Old (but memorable) in Remember Me? 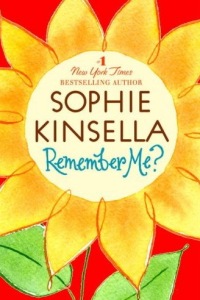 In Remember Me?
heroine Lexi Smart has an eternal list of unanswered questions. She just woke up in a hospital and cannot remember the last three years of her life. She is shocked to see that her teeth are
straight and pearly white, her hair is no longer frizzy — and she is slim, toned and married to a successful businessman she does not recognize.

Lexi’s attempt to remember her life proves traumatic when she realizes that she doesn’t much like the person she apparently was for the last three years. Her co-worker friends call her
the “bitch boss from hell”, she doesn’t eat carbs, and apparently she may have had a “special” relationship with an architect who works with her husband.

After You’s Ellie has let herself go, physically and mentally — not a heel or designer gown in sight. Lexi from Remember Me? has found herself in designer garb but
doesn’t feel she belongs in it; instead, she longs for comfy sweaters, jeans and sneakers.

SheKnows reviews are based on a five-star scale.