Material Girl Madonna is promoting the September 29 release of her new album Celebration and her film, Filth and Wisdom — while bashing celebrities in her own industry. 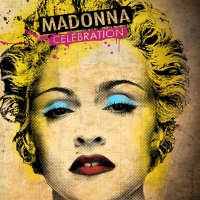 Case in point: As the
Material Girl works the media circuit hawking her new wares, she’s been making some bold statements and creating spinoff headlines.

A few days ago, David Letterman asked Madonna on The Late Show if she’ll ever walk down the aisle again. Her response? She
would rather get hit by a train. In another example, she told reporters that Jennifer Lopez gave her dirty looks at one of her concerts.
Wait, it gets better. Apparently, J Lo was wearing a ponytail that, according to Madonna, was distracting.

Is Madonna feeling holier than thou lately? You be the judge. She implied that other entertainers are trying to emulate her formula for success. “Whenever artists come to see my show,
they’re studying me,” she was quoted as saying.

As for Kanye West and his bold statement at the VMAs that essentially stole Taylor
Swift’s thunder, Madonna called him a bit impulsive. She was also quoted as saying, “I would’ve given him a good talking to. He needs to put a lid on it. I do think he’s
very talented, but he gets confused sometimes.”

Justin Timberlake and Jessica Biel: Where is the truth?