Last weekend, Zombieland ate up Cloudy with a Chance of Meatballs to gain the number one spot at the box office. With two movies in the top two slots, Sony’s Columbia Pictures isn’t crying…

With a Zombieland sequel already in talks, Woody Harrelson isn’t crying, either. Before this weekend, his biggest boast was the
$18 million debut of Indecent Proposal in 1993, but Zombieland’s opening weekend has been counted at a cool $25 million. 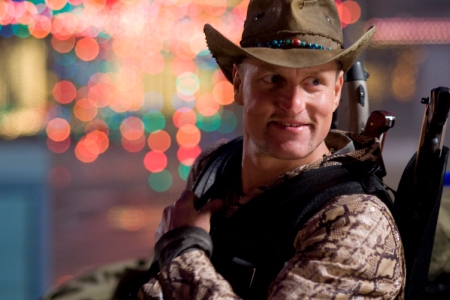 “It’s an action-driven road-trip buddy comedy, and the icing on the cake is that it’s got zombies in it,” explained Rory Bruer, Columbia’s president of worldwide distribution. 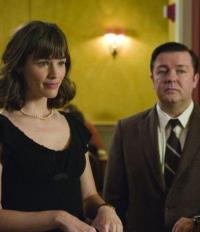 Interestingly, Drew Barrymore’s roller derby whirlwind Whip It! tied with Michael Moore’s newest docu-tirade, Capitalism: A Love Story. Both brought in $4.9 million in ticket
sales, but Whip It, which was hoping to hit the $10 million mark, was playing in twice as many locations.

Not on the list but bearing mention are the Coen brothers’ A Serious Man and the low-budget horror flick Paranormal Activity. While these limited-release films didn’t get the big
numbers, they managed to earn wowser status this weekend.

A Serious Man played in only six venues to make $252,000, averaging $41,900 per theater, and Paranormal Activity, which was made for a measly $10,000, boasted $535,000 in ticket
sales with only a very limited release of midnight screenings in college towns.

Paranormal Activity is hoping to repeat that success when it moves to full release next week. It might have a shot, since it’s competing with more or less the same movies, with the
addition of Vince Vaughn’s newest vehicle, Couples Retreat, and the limited releases of An Education, The Damned United, Bronson, From Mexico With Love
and Good Hair. 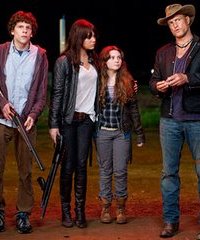 Anna Faris dishes Cloudy with a Chance of Meatballs

41 mins ago
by Reshma Gopaldas

45 mins ago
by Daisy Maldonado