David Letterman’s admission to sexual relationships with female employees has shocked some and many are wondering if and how this will impact The Late Show.

As he revealed the story with honesty speckled with humor, some people reacted by saying he’s being truthful, while others are questioning his ethics. Yet another question to be answered in
the upcoming days centers around CBS’ reaction, if any. As videos emerged on YouTube of the confession, CBS promptly removed them. 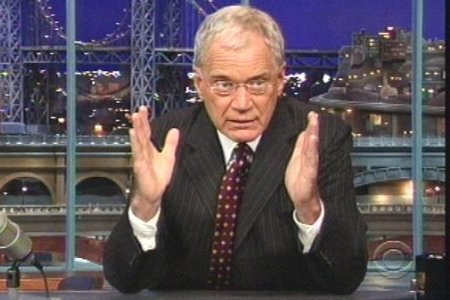 In fact, the reaction by fans on social networks and blogs either defended Letterman or chastised him, evoking either sympathy or disgust — with no middle ground. The same was true for Twitter;
the Letterman bombshell was tweeted and re-tweeted throughout the day.

Regardless, his colleagues — yes, that’s right, other late night comedians — are doing what they do best. They’re pulling news from the headlines and turning them into
one-liners, even if it does happen to include Letterman.

For instance, Jimmy Fallon said the following during his monologue on Late Night: “A new book called Why Women Have Sex says there are 237 reasons why women have sex, and
Letterman knows the top 10.”

Perhaps Letterman’s timing for the revelation was strategic: The Late Show was taped on Thursday and so was Craig Ferguson’s show. The Colbert Report and The Daily
Show do not tape on Fridays. The only other two shows left? Jay Leno and Jimmy Kimmel.

Entertainment news of the week