Angelina Jolie has traveled the world as a UN Goodwill Ambassador, but with Brad Pitt at her side, the magnitude of the attention her work brings expands exponentially. When Brangelina goes to Syria on a peace mission, the world notices problems in a little-seen area of the world. 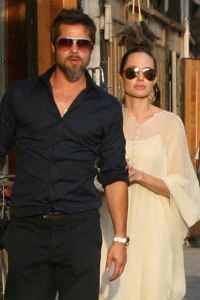 Jolie’s visit to Syria is a continuation of an earlier visit the Oscar-winner made to Iraq. When in the war-torn country, Jolie promised to keep close tabs on the refugee situation that the
conflict has caused. With Jolie and Pitt landing in Syria to visit Iraqi refugees, it is apparent Jolie is a woman of her word. Bringing
Brad along can only add to the Goodwill nature of her UN title.

Syria is on the list of State Department countries that have been known to sponsor terrorism. It speaks to Jolie and Pitt’s altruism that they visit a country that is garnering the
world’s ire, and put aside other issues to focus on the human cost.

Brangelina’s trip to Syria is not about politics and certainly has nothing to do with borders. Pitt and Jolie in Syria bring a spotlight to a nation fighting with the issues that arise from a
massive refugee situation caused by war.

Jolie released a statement about her journey to Syria and why she felt compelled to visit:

“Most Iraqi refugees cannot return to Iraq in view of the severe trauma they experienced there, the uncertainty linked to the coming Iraqi elections, the security issues and the lack of basic
services. They will, therefore, be in need of continued support from the international community.”

Angelina Jolie on the set of Salt