David Letterman is embroiled in a legal case involving extortion, sex and a CBS producer who is now charged with attempted grand larceny. 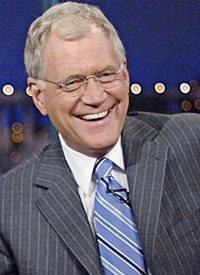 Robert Joel Halderman pled
not guilty in a Manhattan court today. An Emmy-winner, the producer was immediately suspended from his duties on CBS’ 48 Hours upon further review of the case.

The crux of the situation is that David Letterman was told by Halderman that if he did not pay him $2 million, he would go forward with
proof that Letterman had many affairs with women on his staff.

Letterman immediately fully admitted the affairs and Halderman was taken into custody.

Halderman allegedly told Letterman he would cause “severe damage” to Letterman’s world if he did not pay.

Letterman took to the airwaves to get in front of this potential public relations nightmare. The late-night host’s October 1 show got right to the heart of the matter.

“This morning, I did something I’ve never done in my life. I had to go downtown and testify before a grand jury,” Letterman said to millions at home. He then detailed what had happened
to him. How a package arrived in his office demanding $2 million (which sent the audience into a very vocal gasp) or the extortionist would go public about numerous affairs.

Letterman contacted the New York District Attorney’s office and the case against Halderman was set in motion.

Letterman then addressed his audience about the affairs themselves. “My response to that is, yes I have. Would it be embarrassing if it were made public? Perhaps it would. I feel like I need
to protect these people — I need to certainly protect my family,” Letterman said.

New York District Attorney Robert M Morgenthau said of Halderman’s charges, “The message of this indictment should be clear. New York City will not tolerate the coercion or extortion of
anyone, be the victim rich or poor, famous or anonymous.”

This week in entertainment