These were the hottest entertainment news stories for the week ending October 2, 2009. 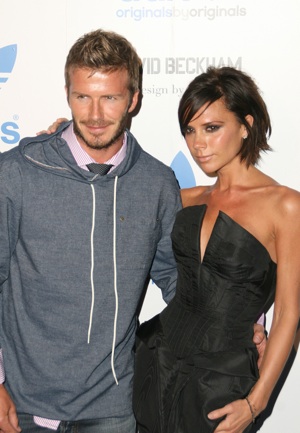 Who cares what they’re wearing? David Beckham and wife Victoria Beckham automatically win, always, because they are just that good looking. They could walk around in nothing but
Project Runway rejects and cat hair, and they would still win.

A wedding made for a reality show princess: Khloe Kardashian married her prince of exactly one month, basketball player Lamar Odom, in a
celebration hastily thrown together by Us Magazine and the production crew of her reality show. How long will the marriage last? Technically, it hasn’t even begun — since the couple’s
prenup wasn’t finished in time, both signed paperwork stating their “marriage” won’t be legalized until a postnup is agreed upon by the couple. Ah, young love.

After spending decades avoiding the US (and countries with extradition agreements with the US), famed director Roman Polanski was arrested
on fugitive charges stemming from a 1977 rape charge. But there’s much more to the story: Polanski had already served the previously assigned time in a plea agreement, then fled when the judge
reneged on the deal. Even his victim wants to whole matter dropped.

Jon Gosselin is a jerk — shocker!

Jon Gosselin simply cannot go a single week without showing the world what a creep he truly is. After the announcement that he would be
dropped from his family’s TLC reality show (which will now bear only the name of his soon-to-be ex wife Kate), Jon threw his sucker in the dirt and said if he can’t play, no one can. All of a sudden, Jon cares about the show’s effect on the kids? He didn’t seem too bothered when he was cashing
checks for the last 108 episodes.