Get ready ladies: The Grey’s Anatomy and Private Practice double billing is back! ABC’s dynamic duo of Thursday-night drama returns.

Now that we’ve survived the Grey’s Anatomy two-hour study on grief last week, Private Practice takes its place in the
Thursday night lineup, and fans can expect a doozie of a premiere. 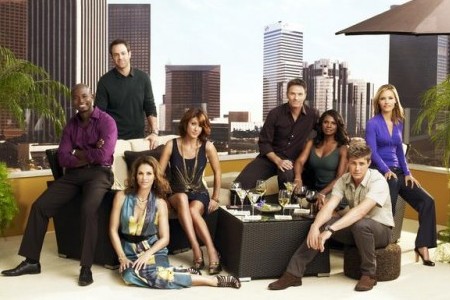 Things on Private Practice pick up with Pete and Naomi finding Violet bleeding out in her living room, and the baby she was carrying cut out of her belly. The whole clan rushes to the
hospital, where Addison and Naomi fight to save her.

“When I first heard the story with Amy [Brenneman, who plays Violet], I was scared,” Stephen McPherson, president of ABC Entertainment Group, admits. “For me, it was really a lesson to trust great
showrunners. Shonda [Rhimes] had an idea, and she really executed it, so my hat’s off to her. It has been polarizing, [but] it has gained an excitement about the show, her character and the
potential for where we could go. It’s at 10 pm, [so)] it can go a little bit edgier. “

As the drama unfolds this week, fans will be treated to flashbacks of how Pete came into the Practice. Brian Benben and Amanda Foreman guest star.

Before that, however, Grey’s Anatomy is back. After a ratings win last week, the staff moves on from their mourning and jumps into
the stress of these tough economic times. 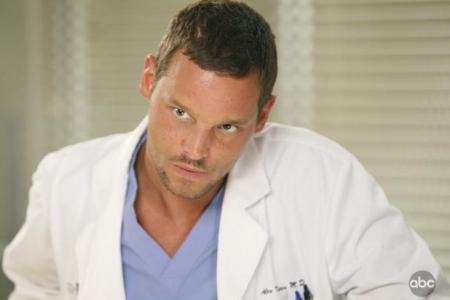 With Seattle Grace set to merge with another hospital, everyone is on edge, and residents are hustling to survive the anticipated layoffs. Christina struggles to relate to the kids in the
pediatrics department, while Iz returns to work wearing a big smile… and an awful red wig.

Bailey and Alex are caught up with a patient whose stomach is pulsing and the patient’s schizophrenic son who’s convinced she’s carrying an alien baby.

SheKnows is ready for the double block of melodrama, which kicks off tonight at 9 pm with Grey’s Anatomy and concludes with
Private Practice at 10 pm.

We also can’t wait for the October 15 crossover, which has Miranda coming to Private Practice to deliver a patient and maybe find some romance.