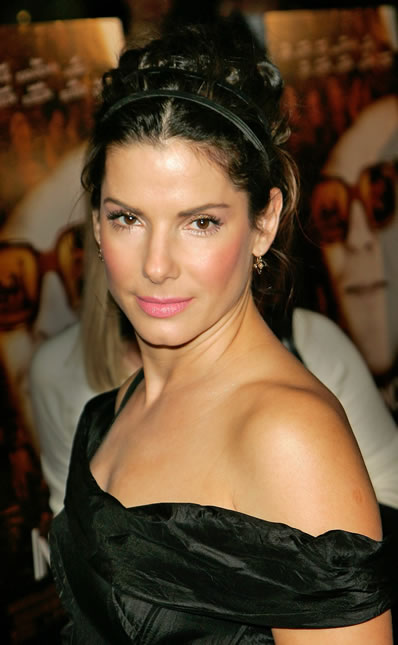 Her easy smile and seeming comfort in any situation were honed during a childhood spent traveling around Europe with her opera-singer mother, while her down-home charm developed during her high school years in Virginia.

After dropping out of East Carolina University a mere three credits short of graduating, Sandra hit the road for New York to pursue an acting career. Studying under famed acting coach Stanford Meisner helped get her the recognition she craved, and she was soon cast in her first TV role, a part in Bionic Showdown: The Six Million Dollar Man and Bionic Woman.

Sandra stuck around LA after filming was done and starred in a series of small films, including Love Potion No. 9, The Thing Called Love and Fire on the Amazon. Her big break came with a role in Demolition Man, starring Sylvester Stallone and Wesley Snipes, which led to her casting in her breakout, star-making hit Speed with Keanu Reeves.

More hit films quickly followed, including While You Were Sleeping, Miss Congeniality, Practical Magic, Crash and Divine Secrets of the Ya-Ya Sisterhood. The 17 films Sandra made in the 90’s alone have grossed over $770 million; as of 2009 all her films grossed over $2.7 billion worldwide.

What’s next for Sandra Bullock? Her romantic comedy The Proposal, co-starring Ryan Reynolds, is new on DVD, while All About Steve with Bradley Cooper is currently in theaters and The Blind Side with Tim McGraw is due out later this year. We can’t get enough of Sandra Bullock — and it sounds like we don’t have to.