Lauren Conrad has snagged a film deal for her debut novel, LA Candy. This is going to be one of those classic, but hopefully good, versions of a classic Hollywood story. 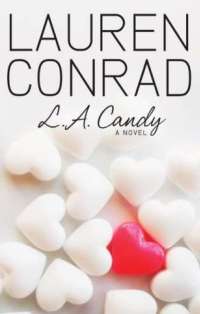 Conrad’s LA Candy is loosely
based on her experiences growing up in the shadow of Hollywood and the ending up on not one, but two of the most successful reality television shows of all time.

The pop culture landscape would not be the same without Laguna Beach: The Real OC and The Hills.

Believe it or not, Conrad’s prose has captured the fancy of millions as LA Candy has made itself comfortable on the New York Times bestseller list for three-and-a-half
months!

The 23-year-old starlet has scored a deal with Temple Hill Entertainment, according to Variety, that is worth somewhere in the six figures.

The news is beyond fabulous for Conrad as she has already admitted she plans two more novels in the series.

“Lauren, who became an icon in that reality show world, came to us with a structure of how to tell the story in an interesting fashion that
was separate and apart from the book. We loved her take. Her book is an honest portrayal of what it must be like to set out to be normal, then sign on to become famous and eventually realize, wow,
this isn’t at all what I’d planned for myself,” Temple Hill producer Marty Bowen said in a statement.