What it’s about: One of the most inspiring girl power stories of all time, Amelia is the biopic of Amelia Earheart. Fitting her name, Airheart was an aviation trailblazer
during a time when most women could not even work.

What it’s about: Cirque du Freak has an endearing premise, to say the least. A teenage boy – in a desperate attempt to save his friends life – gives
himself over to a vampire as his personal assistant. He is half-vampire and if there is a genre of film that Hollywood knows well, it is the vampire and unrespected assistant mini-milieu.

SheKnows movie fact: Hoping the vampire craze has not reached its zenith, Cirque du Freak arrives when HBO’s True Blood is on hiatus and Summit’s
New Moon is still weeks away from creating cinematic pandamodium. Whether it succeed depends on how loyal a visualization filmmaker Paul Weitz is to the Darren Shan, wildly successful,
young adult series. Loving Hayek, Reily and Afoe, directed by About A Boy’s Weitz, SheKnows will be that the sumptuous passion for all-things vampire will continue in October with
Cirque du Freak: The Vampire’s Assistant leading the charge.

What it’s about: Motherhood is a bittersweet comedy that distills the dilemmas of the maternal state (marriage, work, self, and not necessarily in that order) into
the trials and tribulations of one pivotal day. 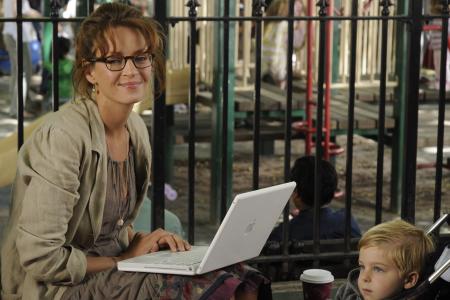 Motherhood forms a genre of one – no other movie has dedicated itself in quite this way to probing exactly what it takes to be a mother, with both wry humor and an acute sense of
authenticity. From writer-director Katherine Dieckmann, the acclaimed filmmaker of Diggers and A Good Baby, comes Motherhood, starring Uma Thurman, Anthony Edwards and
Minnie Driver. 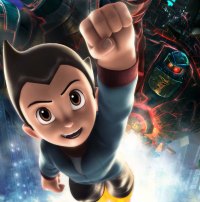 SheKnows movie fact:
Motherhood rules! But, you all already knew that, didn’t you?

What it’s about: The international sensation comes to the big screen and the expectations could not be higher. 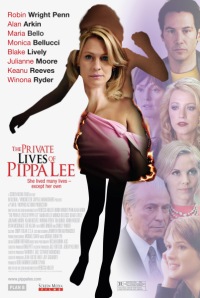 What it’s about: Pippa Lee is serene, beautiful, a devoted wife and mother with a seemingly perfect life–until her surprisingly volatile past crashes through her persona,
forcing her to find her true sense of self. By turns wry, humorous, and moving, The Private Lives of Pippa Lee is about the many lives hidden behind a single name.

SheKnows movie fact: Starring a Golden Globe nominee in Robin Wright Penn and an Academy Award-winner in Alan Arkin, Academy Award nominee in Winona Ryder and an acting powerhouse
in Mario Bello, The Private Lives of Pippa Lee is no cinematic slouch.

In fact, watch for Pippa Lee to become the sleeper hit of the month and perhaps find its’ way to Oscar gold.

Up next…Micahel Jackson says This is It and Woody helps The Messenger.